Sabarimala controversies spiced up by politician 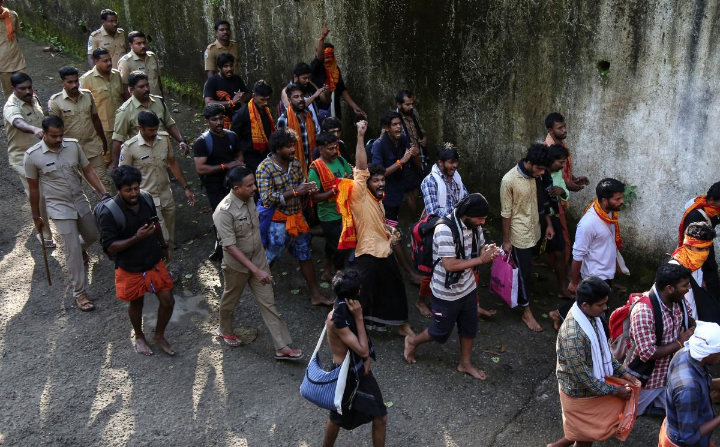 In the heat of controversy regarding Supreme Court’s recent verdict on women entry into the famous Sabarimala temple in Kerela, a BJP leader’s contradictory views made people excogitate if the very contradiction was a signal towards another political agenda by the party for their upcoming 2019 polls.

According to sources, K. Surendram, one of the general secretaries of Bharatiya Janata Party in Kerala on the aftermath of the SC’s historical verdict warned government if the highest judiciary didn’t retract it’s decision of allowing women aged between 10 to 50 into Sabarimala, then they would be left with no other option rather than taking law in their hands.

Deterrent to Supreme Court’s verdict, this very opinion by the BJP leader seems to be signalling towards their pre poll agenda for gaining popularity in the state, where BJP barely managed to win one seat out of it’s 98 seats in the last Lok Sabha Elections.