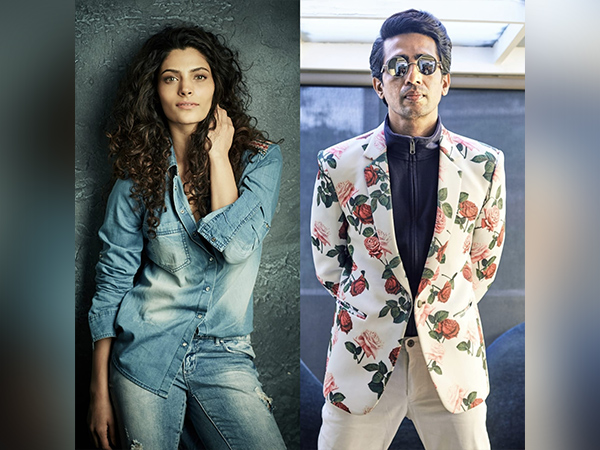 Bollywood actors Saiyami Kher and Gulshan Devaiah are all set to collaborate for Anurag Kashyap’s next untitled project.
The upcoming drama film is produced by Anurag Kashyap and the star cast of the film is currently shooting for the project in Hyderabad.

Talking about the film Saiyami said, “It is an interesting project and something that will stay with people for a long. Gulshan is an amazing actor, extremely creative, and extremely versatile. We worked together for ‘Unpaused Season 1’ and there is a comfort level working with him. Unfortunately, I can’t reveal much about it but I can promise you that the wait will be worth it.”
The film marks Saiyami and Gulshan’s second on-screen collaboration after their anthology series ‘Unpaused Season 1’.

Meanwhile, Anurag’s recently released film ‘Dobaaraa’ which starred Taapsee Pannu in the lead role failed to impress the audience at the box office.
Saiyami, meanwhile, will also be seen in Excel Entertainment’s next ‘Agni’ opposite actor Pratik Gandhi. The film is based on firefighters. While not much of the details of the project are known, the shooting has already started this month and most of it will be happening in Mumbai and Delhi.

Apart from that, she will also be seen in ‘Breathe: Into the Shadow Season 3’ and ‘Ghoomer’, both opposite Abhishek Bachchan.
Helmed by R Balki, ‘Ghoomer’ is a story of a coach and his prodigy.
Meanwhile, Gulshan was recently seen in Zee5’s thriller web series ‘Duranga’ alongside Drishti Dhami and received positive feedback from the audience. (ANI)