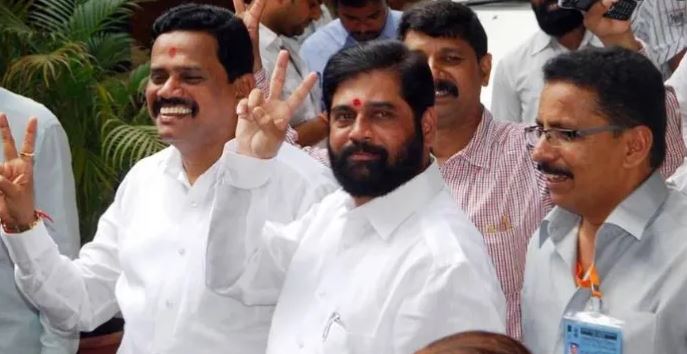 Assam government Wednesday said rebel Shiv Sena leader Eknath Shinde and other Maharashtra dissidents who are camping in Guwahati for a week are “guests” of the state.

Assam Parliamentary Affairs Minister Pijush Hazarika said that the dissident MLAs of the western state are being treated as guests and assistance is being provided to them.

Hazarika, who is also the government spokesperson, BJP MP from Assam Pallab Lochan Das, MLA Diganta Kalita and Guwahati Police Joint Commissioner Partha Sarathi Mahanta on Wednesday accompanied the rebel legislators in the bus journey from their upscale hotel in the city to Kamakhya temple.

“They (the dissident Maharashtra MLAs) told the administration that they would like to visit Maa Kamakhya temple. Chief Minister Himanta Biswa Sarma then assigned me to assist them because they are our guests,” Hazarika told reporters.

“It is the duty of the state government to help any guest coming to the state,” he added.

To questions on the number of lawmakers camping in the hotel and when they are likely to leave, Hazarika said “I do not know how many MLAs are there. I am not aware of their plans.”

Dissident legislators of Shiv Sena, which heads the ruling coalition in Maharashtra, along with several Independents have been camping in Guwahati, around 2,700 km away from Mumbai, since June 22.

Sarma had claimed earlier that the dissidents came as tourists on their own to Assam, which he said, needs funds to deal with the devastating floods.

However, the entire Assam BJP and the state machinery have been seen to be busy with the Maharashtra MLAs, drawing sharp criticism from the entire opposition.

The opposition alleged that the political drama is a game plan of the saffron party to topple the Uddhav Thackeray-led government.

A BJP MP from Assam and one MLA went to the Lokpriya Gopinath Bordoloi International (LGBI) Airport in Guwahati on June 22 to receive the legislators.

Hazarika is seen visiting Radisson Blu hotel, where the dissidents are staying, almost daily. Assam Housing and Urban Affairs Minister Ashok Singhal had come too and met the dissidents a number of days.

Personnel from reserve battalions and commando units of the Assam Police, besides those from nearby Jalukbari police station and paramilitary forces are keeping a tight vigil on the hotel, which is around 15 km from Lokpriya Gopinath Bordoloi International Airport.

Activists of Bharatiya Janata Yuva Morcha have positioned themselves inside the hotel and are present there throughout the day in shifts to oversee arrangements and fulfill the requirements of the dissident leaders.

The dissident MLAs had planned to leave Guwahati at around 3 pm to Goa in a chartered flight, but they have delayed their departure till the Supreme Court hearing at 5 pm.