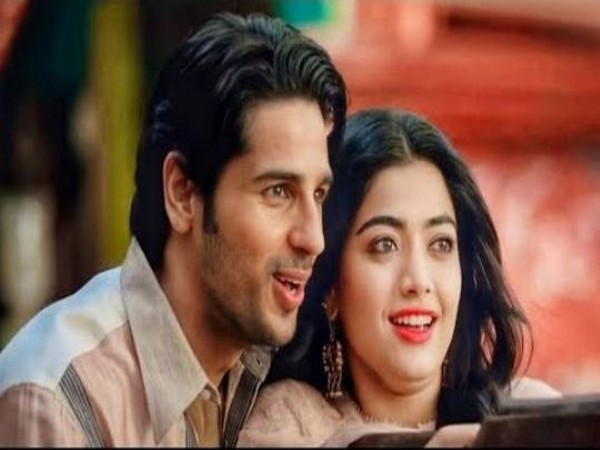 
In the trailer, Sidharth plays a RAW operative who travels to Pakistan to learn more about that nation’s nuclear capabilities and whether they are planning a bomb with India as its target. Similar to ‘Raazi’, Sidharth marries a Pakistani woman after falling in love with her in order to establish his identity in the nation and his cover. He works as a tailor during the day and is a superspy for India at night.
Recently, the song ‘Rabba Janda’ from his upcoming spy-thriller was unveiled.
Netflix India took to Instagram to make the announcement of the romantic number’s release.

“Rabba Jaanda we’re gonna play this song for the next 1738 days,” the caption read. (God knows we’re gonna play this song for the next 1738 days)
Featuring the voice of ‘Raataan Lambiyan’ singer Zubin Nautiyal, the romantic tune has been composed by Tanishk Bagchi and the lyrics penned have been by Shabbir Ahmed.
The music video of the song features the 37-year-old actor opposite ‘Pushpa: The Rise’ actor Rashmika Mandanna playfully courting each other before getting married.
Set in the 1970s, ‘Mission Majnu’ is a patriotic thriller with a love story at its core, showcasing one of India’s most covert operations of taking down Pakistan’s efforts of a nuclear attack.
The teaser showcases Sidharth as an undercover RAW agent in an intense avatar, with his life on the line.

Directed by Shantanu Bagchi and produced by RSVP and GBA, ‘Mission Majnu’ is all set to premiere exclusively on the OTT platform Netflix from January 20, 2023.
The makers unveiled the teaser of the much-anticipated espionage thriller at the iconic India Gate in the national Capital.
Commenting on the teaser launch, Sidharth said, “It has been an absolute honour and pleasure to have launched the teaser of my film Mission Majnu at India Gate, with the real heroes of our country who sacrifice their lives everyday for the love towards their country. To be able to play a part and showcase one such Indian Agent’s story has truly been a very fulfilling and heart wrenching experience. I am so grateful for Shantanu to have given me this opportunity and for this stirring film to be my first association with Netflix. I cannot wait for you to see the story unfold on the 20th of January, on Netflix.”

Rashmika said, “I am so excited as I finally launch the teaser of Mission Majnu and cannot wait for the audiences to watch our movie filled with love, drama, sacrifice and action. As an actor, nothing gives me more joy than to be able to play a part in the story of those unsung heroes that are the real Majnus of our country. I am also super excited to join the Netflix family with this film.”
Apart from this, Sidharth will also be seen in the upcoming action-thriller ‘Yodha’ opposite Disha Patani, which is all set to hit the theatres on July 7, 2023.
He also has an upcoming web series ‘Indian Police Force’, which will stream on the OTT platform Amazon Prime Video.(ANI)