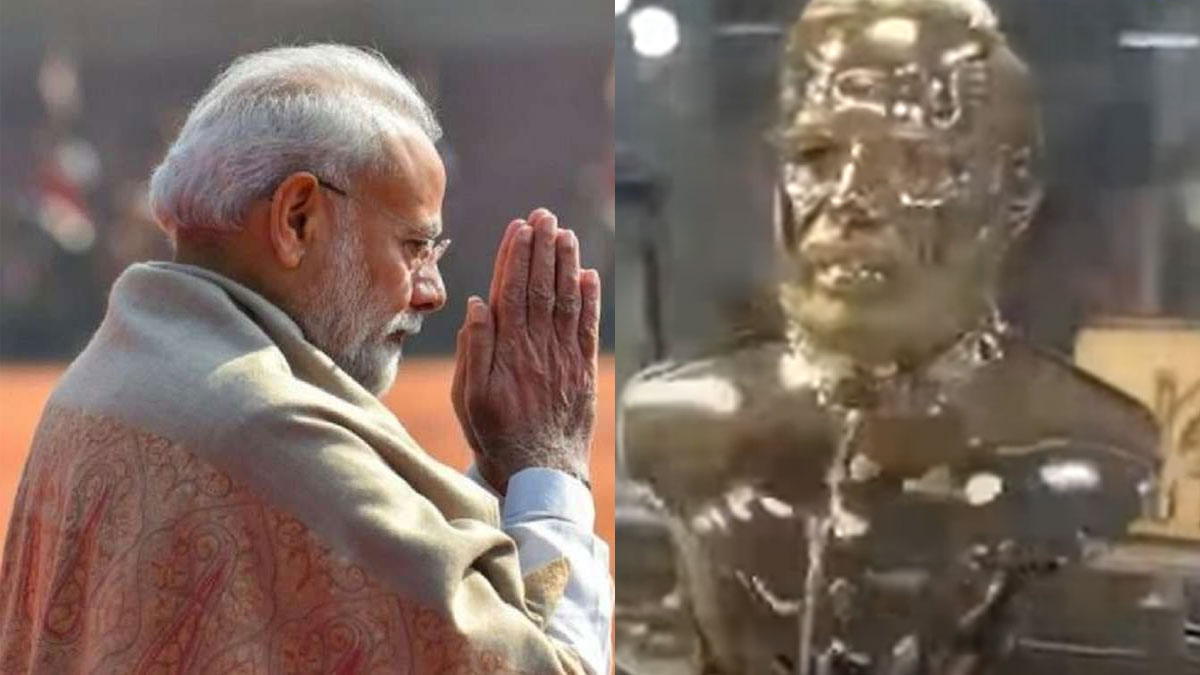 A jeweller from Gujarat’s Surat city has carved a bust of Prime Minister Narendra Modi, weighing 156 gm in 18-carat gold to commemorate the Bharatiya Janata Party’s landslide victory in the recently held state Assembly election.
As the BJP won 156 out of 182 seats in the polls held in December last year, the weight of the prime minister’s gold bust was kept at 156 gm, said Basant Bohra, owner of the jewellery-making firm, Radhika Chains.

The bust has become an instant hit among the masses and many are interested in purchasing it, but the jeweller has not decided to sell his creation as yet.

“I am a fan of Narendra Modi and wanted to make something as a tribute to him. It took around three months for nearly 20 artisans to make this bust at our factory. I am satisfied with the final outcome. There is no price tag because it is not for sale as of now,” said Mr Bohra, a native of Rajasthan who settled in Surat for 20 years.

Gold worth ₹ 11 lakh has been used to make the bust, he said.

Earlier, Mr Bohra had made a gold replica of the Statue of Unity, which he had later sold.

Though the bust was ready by December, it had weighed little more than 156 gm, but on learning that the BJP had bagged 156 seats, the artisans made some changes to bring the weight down, the jeweller said.