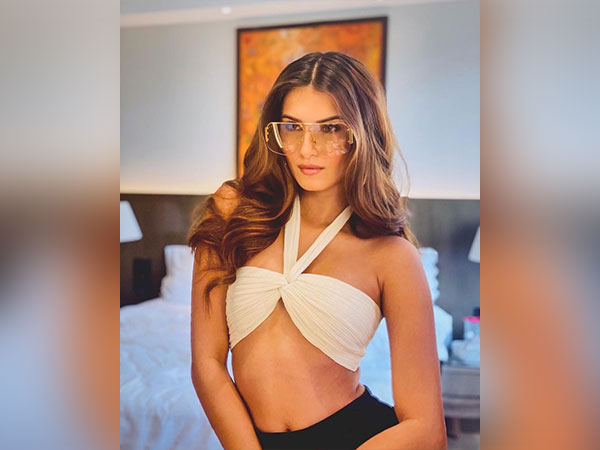 Bollywood actor Tara Sutaria is all se to collaborate with producer Murad Khetani for an upcoming edge-of-the-seat thriller film ‘Apurva’.

Taking to Instagram, the ‘Marjaavan’ actor shared a post, to which she captioned, “Fearless has a new face, and her name is #APURVA! I am so honoured and thrilled to play such a strong, powerful young woman. Apurva is a game of survival with impossible odds. A nerve-wracking tale that keeps you hooked till the end.” 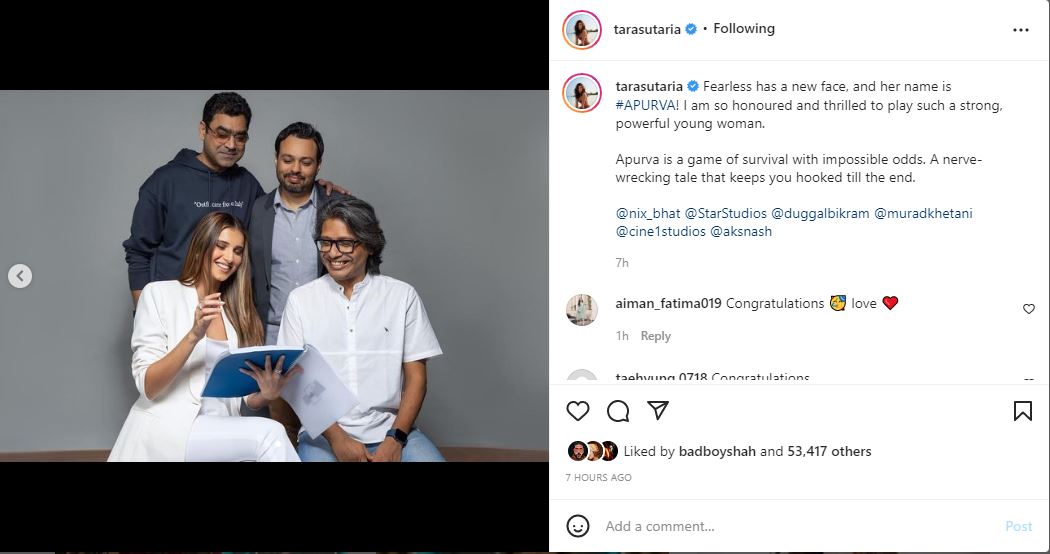 In the post, Tara can be seen with the director Nikhil Nagesh Bhat and the producers of the film Murad Khetani and Bikram Duggal.
Apurva is an edge-of-the-seat thriller and will see Tara Sutaria in a never seen avatar, based on a story that will keep audiences hooked right to the very end.

The ‘Student of the year 2’ actor stated, “I couldn’t have asked for a better script and as a young woman it makes me proud to be able to play Apurva. This is a story of a girl whose grit and inner strength is remarkable, and I’m thrilled to begin my journey in portraying a young woman whose intelligence, wit and courage are the reasons she survives against all odds.”

Makers are soon going to begin the shoot of their film soon after Tara completes the promotions of her upcoming thriller film ‘Ek Villain Returns’.

‘Apurva’ marks the 26-year-old actor’s first female-oriented film of her career.
Meanwhile, the ‘Tadap’ actor has recently made her debut as a singer with the song ‘Shaamat’, which got a positive response from the netizens.

Tara will be next seen in ‘Ek Villain Returns’ alongside Arjun Kapoor, John Abraham and Disha Patani. The film is slated to release on July 29, 2022. (ANI)