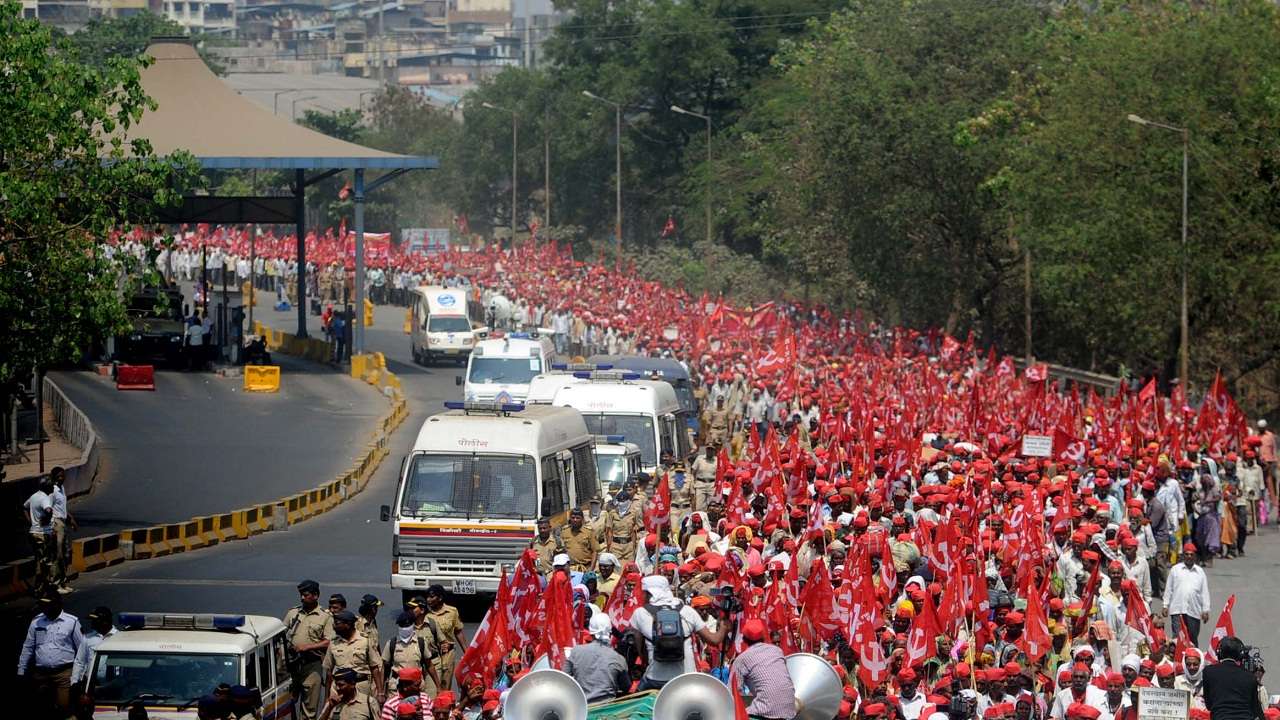 More than 10,000 farmers and tribals continued their march for the second day on Thursday on their final stretch till Mumbai’s Azad Maidan demanding for the implementation of the measures promised by the state government last year.

The agitators left at 5am according to their schedule despite Mumbai Police insisting that they leave an hour earlier to avoid traffic in the city. They were supposed to reach Azad Maidan around 11am to hold a protest rally. A 30-member delegation will then meet chief minister Devendra Fadnavis to put forth their demands.

The farmers, who are struggling to cope with the drought, are demanding the proper implementation of the loan waiver package announced by Fadnavis in 2017; the implementation of recommendations of the MS Swaminathan Commission that suggested 50% minimum support price (MSP) for crops; land rights for tribal farmers and also compensation for farm labourers.

State water resources minister Girish Mahajan met the farmers at Sion and said the chief minister will meet the agitators. He said all the concerned ministers and officials will be present in the meeting and a solution will be worked out.

The organisers of the march were unhappy that tribal development minister Vishnu Savara did not meet them.