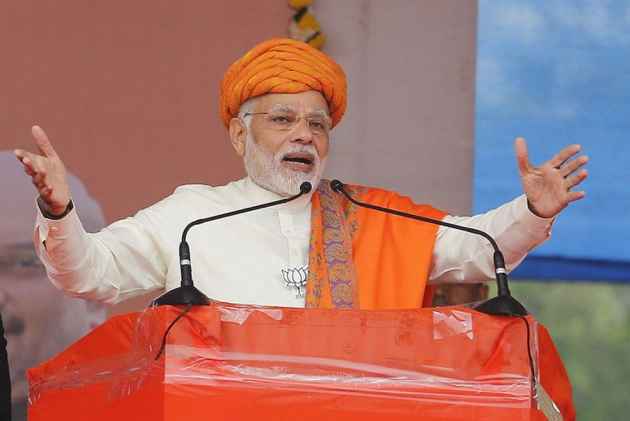 Prime Minister Narendra Modi on Saturday denounced reported attacks on Kashmiri youths in some parts of the country following Pulwama terror attack killing at least 40 soldiers on February 14. PM Modi said Kashmiri youths should not be targeted anywhere in the country.

“What happened to Kashmiri youths in the last few days…It does not matter whether the incident was small or big, such things should not happen. Kashmiri youths are victims of terror. Every child of Kashmir is with India in our fight against terror,” said PM Modi.

Former Jammu and Kashmir Chief Minister and National Conference leader Omar Abdullah welcomed the statement of PM Modi. “Thank you @narendramodi Sahib. Aaj aap ne hamaray dil ki baat keh di (you said what I have in my heart),” wrote Abdullah on Twitter soon after the prime minister made the comment at his rally.

PM Modi referred to his congratulatory phone call to Pakistan Prime Minister Imran Khan, when he assumed office after the general elections in Pakistan last year. PM Modi said, “As per protocol, I telephoned Pakistan’s new prime minister. I told him we have fought for long. Let India and Pakistan together fight poverty and illiteracy.”

“Pakistan’s prime minister told me, ‘I am the son of a Pathan. I do what I say.’ It is time to test his words,” PM Modi said at his rally in Rajasthan.

The prime minister said incidents like these “give power to Bharat ke tukde honge gang” and their supporters. “It is the responsibility of every Indian to protect every laal (child) of Kashmir,” he said.

The prime minister served another warning to Kashmiri separatist leaders, many of whom were stripped of their security cover early this week. The Union home ministry had ordered to review the security provided by the government to the separatist leaders in the wake of Pulwama attack.

PM Modi said, “Action has been taken against separatists and more action will be taken against such people…We can’t keep silent, we know how to crush terror.”

Asserting that the government has moved swiftly to “avenge” Pulwama terror attack, PM Modi said all the major institutions of the world have condemned “the terror attack that was engineered at Pulwama”.

“I am proud that our security forces sent the perpetrators (of Pulwama attack) within 100 hours to where they belong,” he said referring to encounter in Pulwama a day after the terror attack on Jammu-Srinagar highway, where a CRPF convoy carrying more than 2,500 jawans was targeted by a suicide bomber.

“Trust the brave soldiers of the country and trust the Modi government…This time, everyone will be taken to justice and complete justice will be served,” said PM Modi adding, “Your pradhan sevak is busy finishing terror…If I am destined to put locks to the factory of terror, so be it.”

He also talked about the steps, the government has taken to put pressure on Pakistan following Pulwama attack. He said, “Pakistan is being accounted for everything that they have done. There is anxiety in Pakistan due to the steps we have taken after the terror attack.”

A day after Pulwama terror attack, the government decided at a meeting of the Cabinet Committee on Security (CCS) to withdraw the most favoured nation (MFN) status granted to Pakistan in 1996. The government also hiked tariff on goods to be imported from Pakistan by 200 per cent.

The external affairs ministry reached out to more than a dozen countries to corner Pakistan, which denied its hand behind the terror attack in Jammu and Kashmir despite Jaish-e-Mohammed, a terror group based out of that country, claimed responsibility for the attack on CRPF jawans.

On Thursday, the United Nations Security Council (UNSC) passed a resolution condemning Pulwama terror attack. The UNSC named Jaish-e-Mohammed in its statement. The UNSC resolution was unanimously approved by all members including China, which has been shielding Jaish-e-Mohammed chief Masood Azhar from being declared as global terrorist by the top UN body.

In the latter half of his public speech, PM Modi sounded poll bugle throwing what appeared as an election slogan, “Modi hai to mumkin hai” (it is possible if Modi is there). He said, “People have faith in the current government because of the work done in last four years. Modi hai to mumkin hai.”

He listed out achievements of his government and talked about schemes such health insurance, One-Rank-One-Pension and electrification among others repeating the same slogan at the end. He also accused the Congress of misleading the people of Rajasthan in last year’s assembly election by making farm loan waiver promise.