Guwahati: A joint team of the Indian Army and the Assam Police busted a recruitment racket of the banned ULFA(I) militants in Tinsukia district and arrested four cadres along with arms, officials said on Wednesday.

The team also rescued four minor recruits from the captivity of the ULFA(I), an Indian Army official told PTI.

“This was the biggest recruitment racket of recent times of ULFA(I). We apprehended four hardcore cadres and four minor recruits from different places of Tinsukia in a marathon operation that continued for two days and two nights since Monday,” the senior official said.

Acting on reliable input received from a source, the operation was launched, resulting in the apprehension of two cadres — Diganta Gogoi alias Diganta Asom and Khogen Moran — on the first day, he added.

“These two persons were carrying out nefarious activities of the ULFA(I) and were recruiting youths in their respective areas,” the official informed.

Further follow up led to the apprehension of two more cadres, identified as Rana Handique alias Kokai and Abhijit Gogoi, the official said.

“Along with them, four minor cadre recruits, all of whom are below 15 years, were rescued. The operation was conducted at various places such as Makum, Digboi and Kakopathar,” the source said.

Two 7.65 mm pistols, one .22 mm pistol, a number of live bullets, three ULFA(I) flags and a pair of jungle shoes were seized, he added. 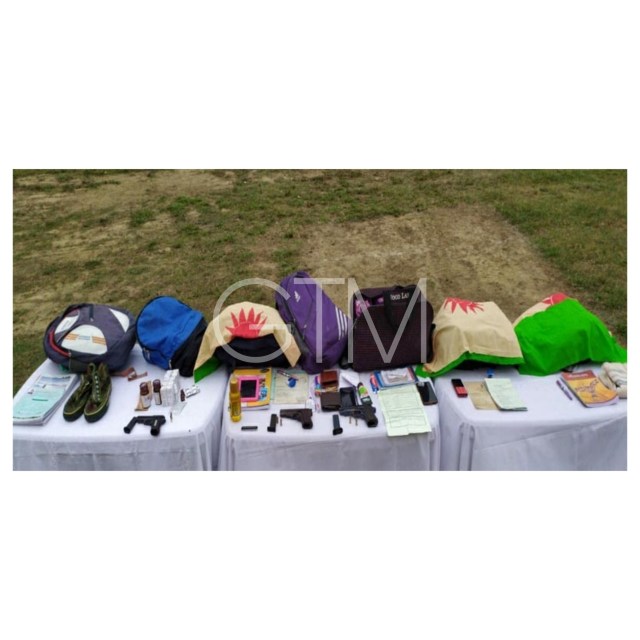 “This was a part of the series of successful operations by security forces to save the youths from getting misguided by joining the ULFA(I). The successful operation could save as many as four minor boys from taking the path of violence,” the official said.-PTI