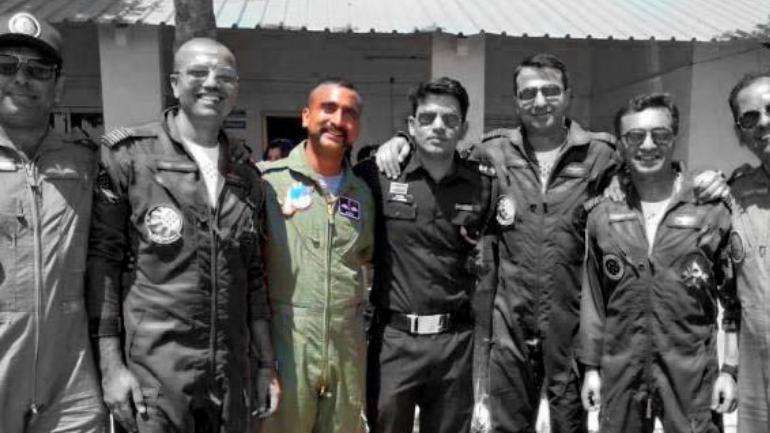 Indian Air Force (IAF) Wing Commander Abhinandan Varthaman has been a fighter pilot for 16 years and is the son of a decorated and senior officer of the air force.

Captured by Pakistani forces after his MiG-21 aircraft was shot down on Wednesday, Varthaman’s release was announced by Pakistani Prime Minister Imran Khan, as “a peace gesture”.

Varthaman is an alumnus of the Khadakwasla-based National Defence Academy. He was an accomplished Sukhoi-30 fighter pilot before being assigned to the MiG-21 Bison squadron.

After his capture, he was seen in a video blindfolded and spelling out his name and service number. In another video, Varthaman was seen sipping tea and saying that he was treated well. In the clip, he described the Pakistani armed forces personnel as “thorough gentlemen”. “This is what I would expect my army to behave, and I am thoroughly impressed,” he said.

The 38-year-old Varthaman, who is married and has two children, hails from Tamil Nadu’s Tiruvannamalai district but completed his education in Delhi because his father was posted in the capital.

His father, Air Marshal Simhakutty Varthaman, was a distinguished fighter pilot and played a significant role during the 1999 Kargil conflict, when he, as a Group Captain, was the chief operations officer (COO) at the Gwalior airbase, home to the Mirage-2000 fighters. A total of 31 Mirage aircraft took part in the conflict.

Abhinandan’s grandfather was also in the IAF, a family friend said. His mother, Shobha is a doctor.

Air Marshal Simhakutty Varthaman retired as the Air Officer Commanding-in-Chief of the Shillong-based Eastern Air Command. He also held the charge of the Assistant Chief of Air Staff (Intelligence). He has also served as air attaché to France. In 2017, the government constituted a committee under the Air Marshal to assess the viability of building stealth fighters jointly with Russia.

Air Marshal Varthaman is also an alumnus of Sainik School Amaravathinagar in Tamil Nadu. He was staying at Tambaram in Chennai when he was doing the flying instructor’s course there.

In Chennai, as news of his capture spread, relatives and local residents thronged his house while on social media, tens of thousands of people, including prominent politicians, prayed for his safety.

Several politicians also sent out statements in support of Varthaman.

Union minister Rajyavardhan Rathore tweeted: “As an Air warrior, Wg Cdr Abhinandan Varthaman served the nation by defending it with total disregard to his personal safety.”