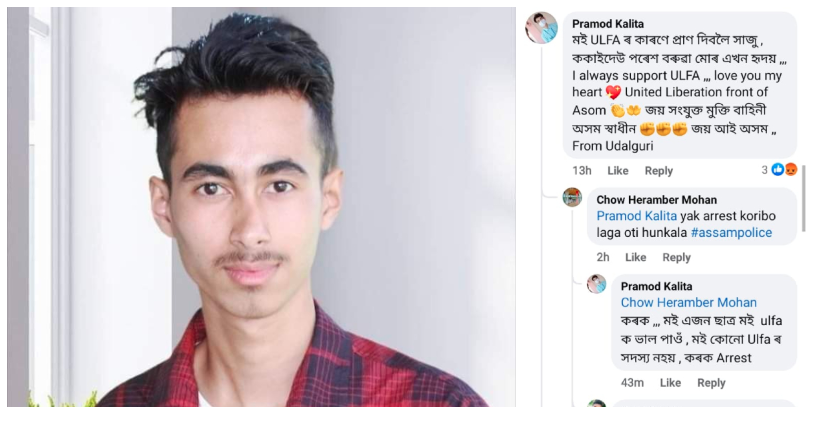 Pramod Kalita, a 22-year-old youth has been arrested by the Assam Police after he allegedly supported ‘ULFA-I’ on a social media post.

As per reports, the youth was arrested by the Kalaigaon police in the Udalguri districts of Assam.

The arrested youth is a fourth-semester student from Tangla College, in Udalguri. The youth hails from Borengabari Village in Kalaigaon, Assam.

Pramod allegedly commented on his social media handle, supporting the banned militant group. As a result, a case of UAPA has been registered against him. The Fir states, “The youth has been booked under section 120(B)/121/121(A) RW section 39 of the anti-terror law UAPA that are applicable.”