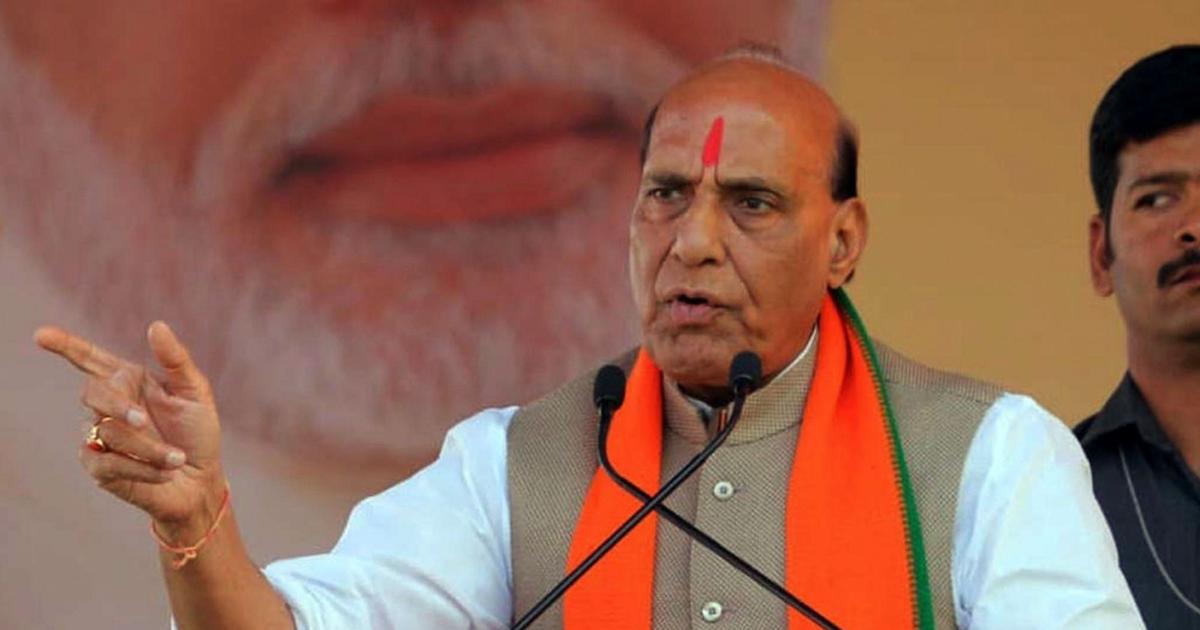 Union Home Minister Rajnath Singh made a startling claim on Saturday about “cross-border” operation carried out by the Indian forces in the last five years, news agency ANI reported. Singh said these “beyond the borders” operations were carried against terrorists.

“In the last five years, we have been successful in carrying out air strikes crossing our borders three times. I will share information about two of those operations but will not speak on the third mission,” Singh was quoted as saying by ANI.

The Union home minister made this comment at a public rally in Mangaluru, Karnataka. He mentioned about surgical strike carried out by a special team of the Indian Army after Uri terror attack.

Singh said the second air strike was carried out days after Pulwama terror attack in which 40 CRPF soldiers were killed in Jammu and Kashmir. A suicide bomber targeted a convoy of the paramilitary force on Jammu-Srinagar highway on February 14.

On February 26, the Indian Air Force struck at a terror camp in Pakistan’s Balakot. The target was believed to be the biggest training facility of terror outfit Jaish-e-Mohammed, which had claimed responsibility for the Pulwama terror attack.

In September 2016, terrorists had targeted an army camp at Uri in Jammu and Kashmir killing 19 soldiers. Days after the terror attack, Indian Army carried out a special commando operation across the Line of Control (LoC) to destroy terror launch pads in Pakistan-occupied Kashmir.

The Balakot air strike was conducted beyond the limits of Pakistan-occupied Kashmir. The IAF targeted an area situated in the Khyber Pakhtunkhwa province of Pakistan.

In another case, a crack team of the Indian Army conducted an operation along India-Myanmar borders in July 2015. A PTI report said the operation was conducted against Naga insurgents.

The decision of “hot pursuit” had been taken in the backdrop of attack on security forces in Manipur in June that year. In the attack by Naga insurgents, 18 jawans had been killed.