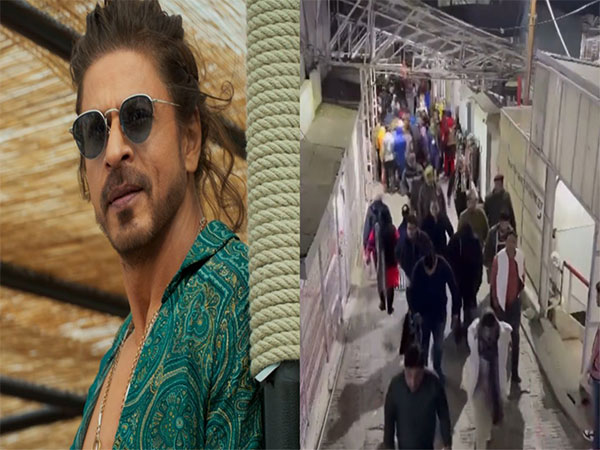 Bollywood actor Shah Rukh Khan recently visited the famous Vaishno Devi temple in Jammu, days after performing Umrah in Mecca.
Soon after the ‘Dilwale’ actor sought the blessing of the deity, fan clubs of the ‘Chak de India’ actor shared some videos on the internet in which he could be seen keeping low-key and walking along with the pilgrims.

Shah Rukh was seen in an all-black outfit and covered his head with a hoodie.
Take a look at the viral videos:

Soon after the fan clubs shared the picture, fans swamped the comment section and dropped heart and fire emoticons.
“King Khan for a reason,” a fan commented.
Another fan wrote, “All the best for Pathaan.”
Previously, after completing the Saudi Arabia schedule of his upcoming film ‘Dunki’, the actor was spotted performing Umrah in the holy city of Mecca.

Meanwhile, on the work front, SRK will be next seen in director Siddharth Anand’s next action thriller film ‘Pathaan’ alongside Deepika Padukone and John Abraham.
The film is all set to hit the theatres on January 25, 2023.
Makers of ‘Pathaan’ unveiled the first song ‘Besharam Rang’ on Monday which got massive responses from the audience.