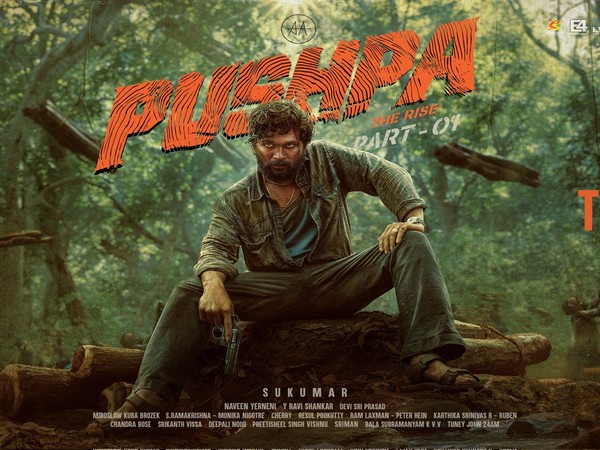 Makers of the super hit film ‘Pushpa: The Rise’ unveiled the Russian language trailer on Tuesday.

Taking to Twitter, the makers dropped the trailer and captioned it as, “#PushpaTheRise Russian language trailer out now. Special premieres with team on Dec 1st at Moscow & Dec 3rd at St. Petersburg. #PushpaInRussia from Dec 8th.”

The film is gearing up for an International special premiere in Moscow on December 1 and St. Petersburg on December 3. The star cast of the film Allu Arjun along with others will attend the premiere. The screenings will be held in the theatres of the Russian network, Cinema Park, in Moscow, St Petersburg, Sochi, and other cities.

‘Pushpa: The Rise’, which also stars Rashmika Mandanna and Fahad Faasil, is a Telugu film directed by Sukumar, which was released in December 2021. The film recorded a business of more than Rs 300 crore worldwide. Originally filmed in Telugu, the film had a pan-India release in Hindi, Tamil, Malayalam, and Kannada. The film’s sequel is currently in pipeline.
The film was declared a blockbuster hit at the box office and Allu’s fans are eagerly waiting for the second instalment of the film.

The official release date of ‘Pushpa: The Rule’ is still awaited.
After extending its theatrical run and getting amazing responses at the Box Office, the Hindi version of the movie marked its OTT debut on Amazon Prime Video.

Pushpa 2 recently began filming with a muhurat shot last month. No release date has been announced so far but the Sukumar directorial is set to bring back the principal cast. The makers have promised fans that it will be ‘bigger and better’. (ANI)