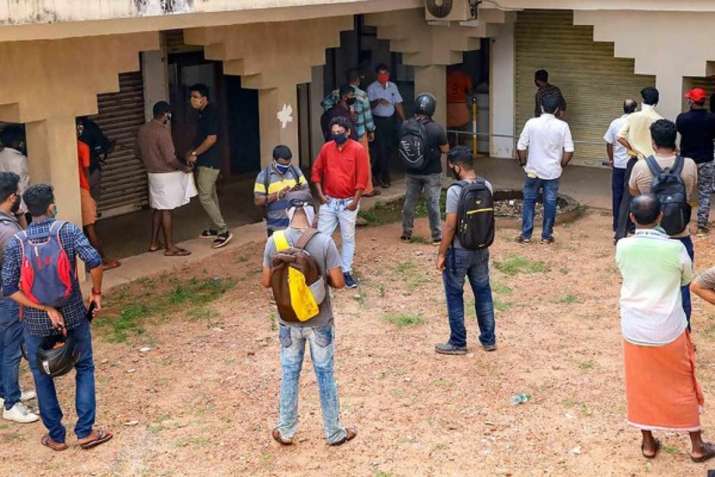 At least nine people died after consuming sanitizer in Andhra Pradesh on Friday. The incident was reported in Kurichedu mandal headquarters in Prakasam district of the state, where the locals had consumed sanitizer after they failed to get liquor. According to the police, three people had died on Thursday, while six others succumbed on Friday.

As the liquor shops in town and surrounding villages were closed for the last 10 days due to lockdown, the habitual drinkers had started consuming sanitizer used for hand hygiene.

The deceased included three beggars. Two of them who used to beg at a local temple complained of severe burning sensation in their stomachs on Thursday night. While a man died instantaneously, another was shifted to a hospital at Darsi where he succumbed while undergoing treatment.

Another 28-year-old man, who had consumed country made liquor mixed with sanitizer, also fell unconscious at his home. He died while being shifted to hospital.

Six more were rushed to hospital in the early hours of Friday and they all succumbed. Police were trying to find out if more people were brought to the hospital with similar complaints.

Superintendent of Police Siddharth Kaushal ordered a probe into the incident. He said sanitizers were seized from shops in the area and sent for chemical analysis.

Police were trying to ascertain if the victims were using only sanitizers or mixing it with some other chemicals.

Due to lockdown in Kurichedu and surrounding villages in view of the spike in COVID-19 cases, liquor shops were closed for the last 10 days.