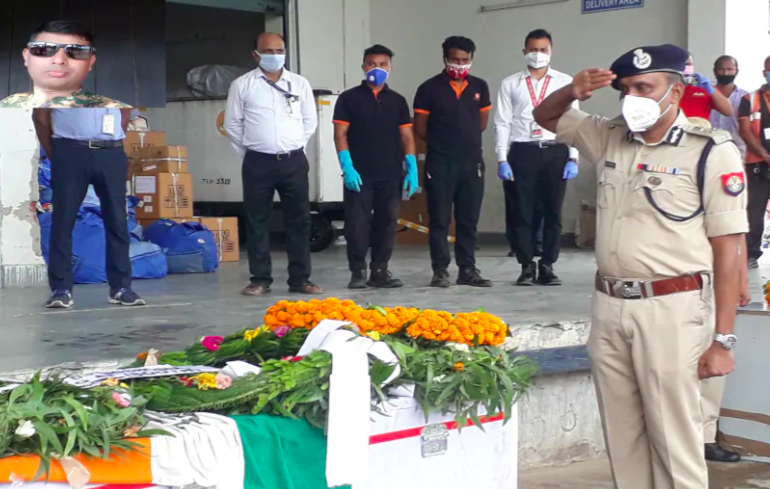 Martyr Pranay Kalita’s mortal remains who died in Manipur Ambush on Thursday have reached his home town in Pathsala on Saturday afternoon. The body of Martyr Kalita reached Borjhar Airport on a special flight.

After reaching the airport, Assam Rifles jawan and officials of State Government paid tribute to Kalita.

His body has been sent to his own hometown Pathsala by an ambulance where his last rites will be performed.