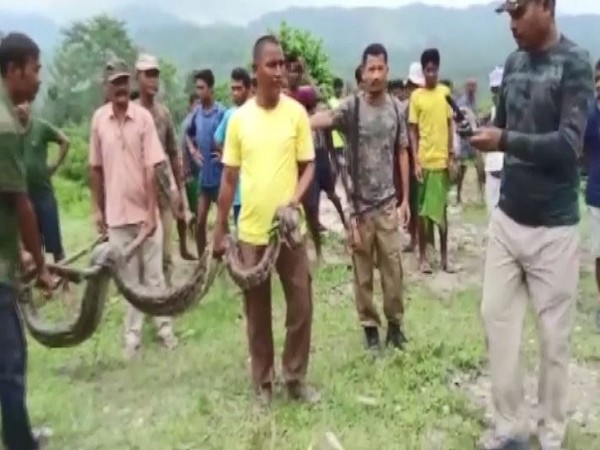 According to the reports, the local villagers had found the injured python nearby the Amguri area and informed local forest officials.

As soon as the information was received on the matter, a rescue team rushed to spot and resued the python, a forest official said.

An official informed that local villagers found the injured python in the Subankhata Reserved Forest.

“We rushed to the spot after receiving the information and rescued the python. We will send the python to Musalpur for treatment. The python came out from the forest area to search for food, “an official said. (ANI)