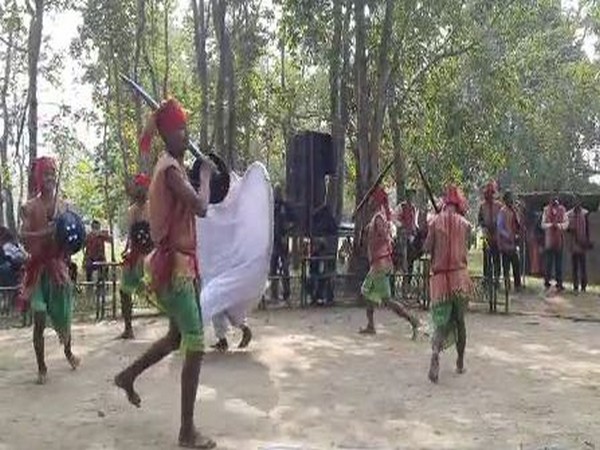 The Chandubi Festival of Assam began on Sunday, aiming to attract tourists from far and near.
Chandubi festival, which aims to promote the bio-diversity and ecology of South Kamrup will be continue till January 5, the festival has featured traditional sports, ethnic foods, cultural programmes, an exhibition of ethnic crafts etc.
Boat rides, cultural programmes and traditional sports will also be held during the festival.

The festival is held near Chandubi Lake in the Kamrup district. Situated amidst the picturesque ambience in Kamrup district, Chandubi is one of the major tourist attractions of the state.
Tankeswar Rabha, Chief Executive Member of Rabha Hasong Autonomous Council on Sunday inaugurated the festival.

He said that the organizing committee has taken many initiatives to attract tourists- both domestic and foreign to the festival.
“Today, I inaugurated the festival and I am very happy about it. We are planning to make the festival more attractive,” Tankeswar Rabha said.

Chandubi is also a bird watcher’s paradise as it attracts a large number of migratory birds during the winter season. (ANI)