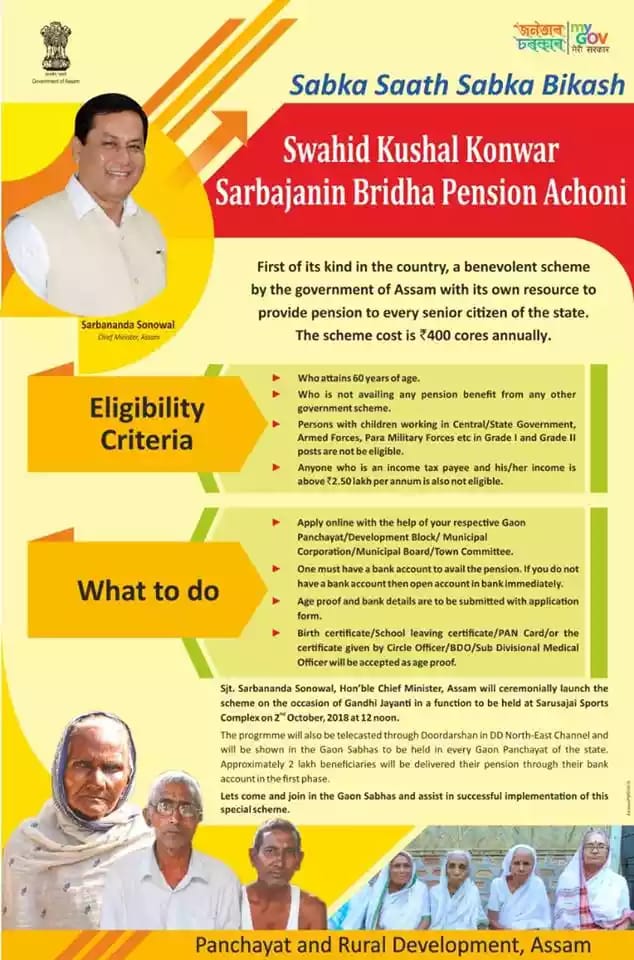 In a recent activity, the Assam government launched Martyr Kushal Konwar pension scheme for the senior citizens of the state.

As per the scheme Rs.250 for the age group between 60 to 80 and Rs.500 for the citizen above 80 years have been alloted by the government.This scheme will be applicable to all the BPL and non BPL citizens of the state. Adding more 50 rupees to the previously set amount of Rs.200 by the central government for the BPL card holders, the government of Assam lauched this pension scheme for all the senior citizens.The yearly estimation for this pension scheme has been calculated to be 400 crore including both BPL and APL citizens of the state.

In a state where a litre of milk costs around 50 rupees and a kilogram of rice costs around 20 rupees, what does the government want to convey by providing its citizens as low as an amount of Rs.250 per month in the name of pension is a million doller question of this hour.

Moreover, launching this scheme just a few months before the 2019 election seemsto be signalling towards a whole new set of vote bank politics by the incumbent government as well.

Whatever the reason behind this, time will reveal the efficiency of such a scheme along with it’s other relevant consequences.