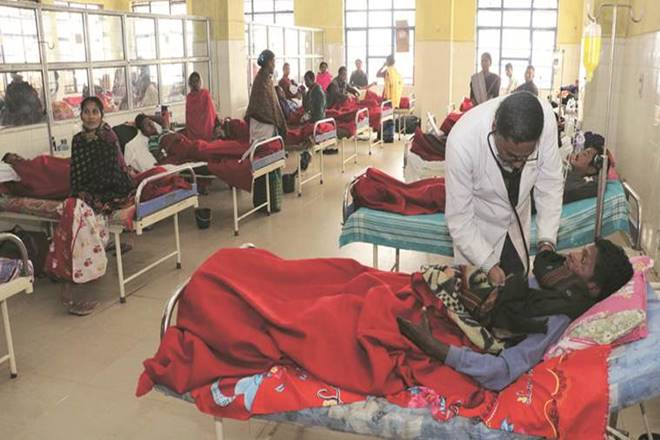 In the Pujhar household, at the end of the row in the residential quarters of workers at the Halmira Tea Estate in Assam’s Golaghat district, Dipali Pujhar (11) is the eldest surviving member of the family. Her parents Debaru and Sunita, died in the recent hooch tragedy. The first deaths were reported on February 21.

“Both of them drank together,” Krishna Pujhor, sister-in-law of Debaru Pujhor said outside the small two-room kutcha house which had two mattresses rolled and a small tin trunk among other things. Two pots of puffed rice soaked in water lay in one corner of the mud floor.

“Four children are all that is left of the family,” Krishna said. The youngest of the Pujhor siblings is just five.

According to officials the hooch tragedy which killed 156 people in the two districts of Golaghat and Jorhat, has also orphaned 37 children. At the Jorhat Medical College and Hospital, there are nine other victims who have severe visual impairment, which could result in complete blindness, according to doctors.

“Thirty two children of 11 families have been orphaned in Golaghat,” said Dhiren Hazarika, the district’s Deputy Commissioner. In neighbouring Jorhat, there are five such children, according to officials.

Hazarika said the District Social Welfare department has been instructed to take care of the orphans. “They will make sure that the children are given shelter, proper education and also they will have a conversation with the relatives to ensure their care under the provisions of the law,” he said. It will be done under the provisions of Juvenile Justice (Care and Protection) Act.

“The work will start once the rituals end. The families are mostly Hindus,” Hazarika said adding the officials are in touch with the families.

Meanwhile, Parimal Suklabaidya, Assam’s excise minister said the government is considering initiating a high level probe. “We will move towards that soon. There are demands of a CBI, CID or a magisterial inquiry,” he said. On Friday, an all party delegation visited Golaghat and Jorhat.