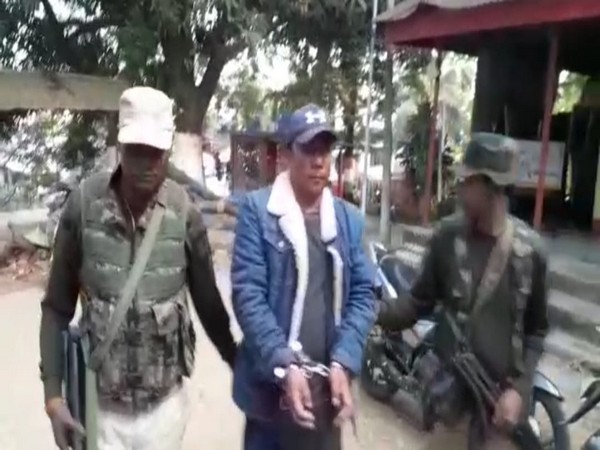 The Karimganj district police in Assam arrested a kingpin of the illegal drug trade from Mizoram along the Indo-Myanmar border.
The drug kingpin, identified as Lalpiang Naurah was arrested in Mizoram on Friday and was brought to Karimganj Police Station on Saturday.

Gitartha Dev Sarma, Deputy Superintendent of Police of Karimganj district said, “In October, Karimganj district police had seized 9 kg of heroin and arrested five persons.”
“In connection with that case, we also arrested a guide from Mizoram. After investigation, we found that the drugs came from Myanmar. Two days ago a police team led by DSP (DSB) James Songate had gone to Mizoram and arrested Lalpiang Naurah from a location along the Indo-Myanmar border with the help of Champhai police. We come to know that, the arrested person was in touch with a Mizo lady who is also involved in the illegal drug trade from Myanmar to India. We also came to know that the arrested person was originally a Myanmar national and he got Indian citizenship in 2010,” Gitartha Dev Sarma said, adding that investigation is on.

The police official further said that they will also inform central agencies about the case. (ANI)