Congress leader Rahul Gandhi on Friday said that the BJP promised Rs 365 daily to tea workers but paid only Rs 167, but “I am not PM Narendra Modi and do not lie” and he promised five things to the people of Assam.

He said the party has prepared a manifesto not in a closed room but after talking to the people. The Congress leader also promised to create a special ministry in Assam for the tea industry, encourage self-employment and open Mobile Health Clinics in the state.

The Congress leader said, “We waived off Rs 70,000 crores of farmers’ loan during the tenure of the UPA government. In Chhattisgarh, the main debt was pardoned, but BJP leaders said that it will not happen.”

“Our governments in Chhattisgarh and Rajasthan waived off farm loans. I am an MP from Kerala. Chai labourers in Kerala get Rs 380 daily, but those in Assam are paid less. The central government gives the Guwahati airport to the millionaire and gives tea gardens to outsiders,” he added. 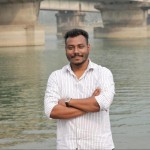