Congress didn’t do anything for landless people: Assam CM 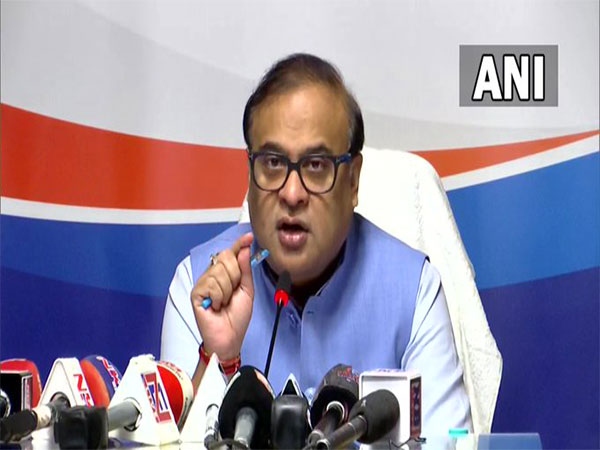 Assam Chief Minister Dr Himanta Biswa Sarma on Wednesday said that the Congress didn’t do anything for the landless people of the state in the last 75 years.
“The Congress could have done a survey of the lands of Char areas in the past 75 years, but they didn’t. Congress did politics regarding these people and they want that these people would remain insecure. They didn’t provide land patta to the landless people of the state,” Dr Himanta Biswa Sarma said.
Talking about the eviction drive carried out by the state government, the Assam Chief Minister said that the government has targeted only the illegal encroachers.
Hitting out at the Congress, the Assam Chief Minister said, during the Congress regime, why they didn’t do Mission Basundhara, why they didn’t provide land patta to the people.
“When the Congress MLAs go to the evicted people, then question should be asked to the Congress MLAs that, despite giving votes to them since last 75 years, why you didn’t give us land pattas. These people (evicted people) are weak, so that they can’t ask question. Those people who are actually landless, we will make arrangement for them, but these people have lands in different places. If the minority community people of lower and central Assam will not do family planning, then they will face a huge land problem. All are poor, the government will provide them maximum 7 bighas of land. In the problems that are happening today, population control is also related to this. Various issues are related with this. Many occasions they entered into forest, Village Grazing Reserve (VGR) and Professional Grazing Reserve (PGR) land, because they have many children and faced shortage of land. While the minority people listen to the words of the Congress MLAs, that’s why it is necessary for the Congress MLAs to tell them about family planning. Otherwise the situation will become worst in next 10 years,” the Assam Chief Minister said.

We had carried out eviction drive at Lumding and after that, all elephants had gone to the hills and now there is no man-elephant conflict there. We have seen the positive part daily,” Dr Himanta Biswa Sarma said.
On the other hand, talking about the COVID situation, Dr Himanta Biswa Sarma said that, some have developed in China and many people say that, Chinese vaccines were very weak so the people not get the vaccines resistance.
“But India’s vaccination was very good and I don’t think there is much reason to panic in India about this. The Union government will keep a close watch on this. There is no COVID case in Assam and fear has arisen among the people following the development in China. Today, I read many articles and many experts said that the Chinese vaccines were so weak and Indian vaccines are so strong,” the Assam Chief Minister said.
Earlier, the Assam Chief Minister inaugurated of commissioning of JICA assisted Guwahati water supply project.
“In a major step towards meeting drinking water requirement in the city, partially commissioned JICA-assisted Guwahati Water Supply project with a capacity to supply water to 13,000 househlds. Today ceremonially inaugurated of commissioning of JICA assisted Guwahati water supply project and 13,000 households will get benefit from this project. We will complete the North Guwahati part in March-April next year and we will complete the entire project by March-April 2024. We will be able to complete the West Guwahati constituency project by 2024. 1000-2000 new families will get benefit from this water supply project every month,” Dr Himanta Biswa Sarma said.
He further said that JICA will provide us around Rs 3000 crore and by using this money the state government will build super speciality hospital in all medical colleges of the state except Guwahati and will also build district hospitals.
“The Union government has already sanctioned this project and Japan has also accepted this project and we will be able to go through the tender process in next 2-3 months,” Dr Himanta Biswa Sarma said. (ANI)