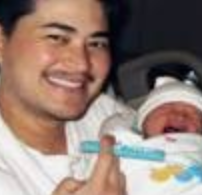 Yes! you read it right. A man from Oregon, USA named Thomas Trace Beatie has taken American media by storm, when he was officially declared as the first man to carry a baby in his womb.

Thomas was born as a female. But, at the age of 10 he realised that he was more comfortable roaming around as a male. So, at the age of 24 he did his gender transition but decided to keep the female reproductive organs active, so that he could become a biological father in the future and married a lady later on.

But, due to some complications, his wife was not able to give birth. So, Thomas decided to take on the role of carrying the baby in his womb.

According to Oregon laws the person who gives birth is listed as mother in the birth certificates of the child.
But, Thomas urged and requested the authorities to list him as father and his wife as the mother following their convenience in terms of raising their children.