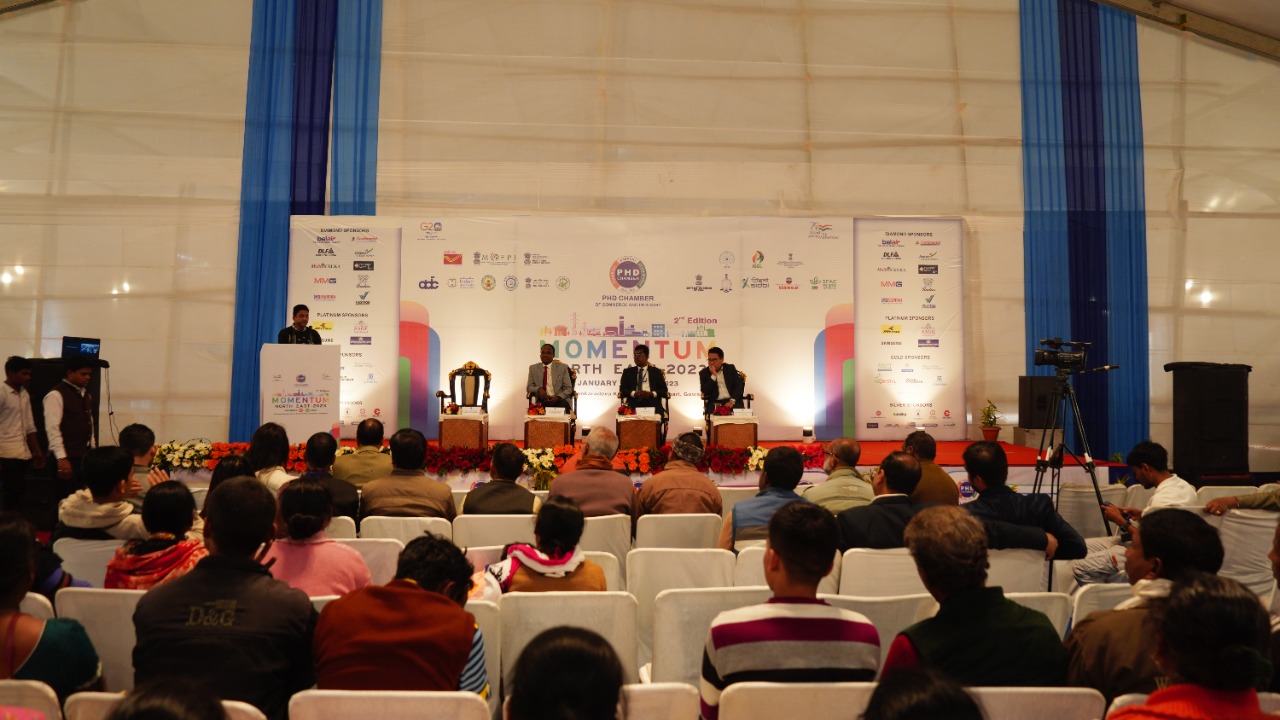 Guwahati, 20th January 2023: PHD Chamber of Commerce and Industry (PHDCCI) with support from Ministry of Food Processing Industries (MoFPI) and Department of Posts, has organised a three-day event Momentum North East which is a platform for entrepreneurs, FPOs and Industry to network, build partnerships, exchange ideas, and also a great learning platform. 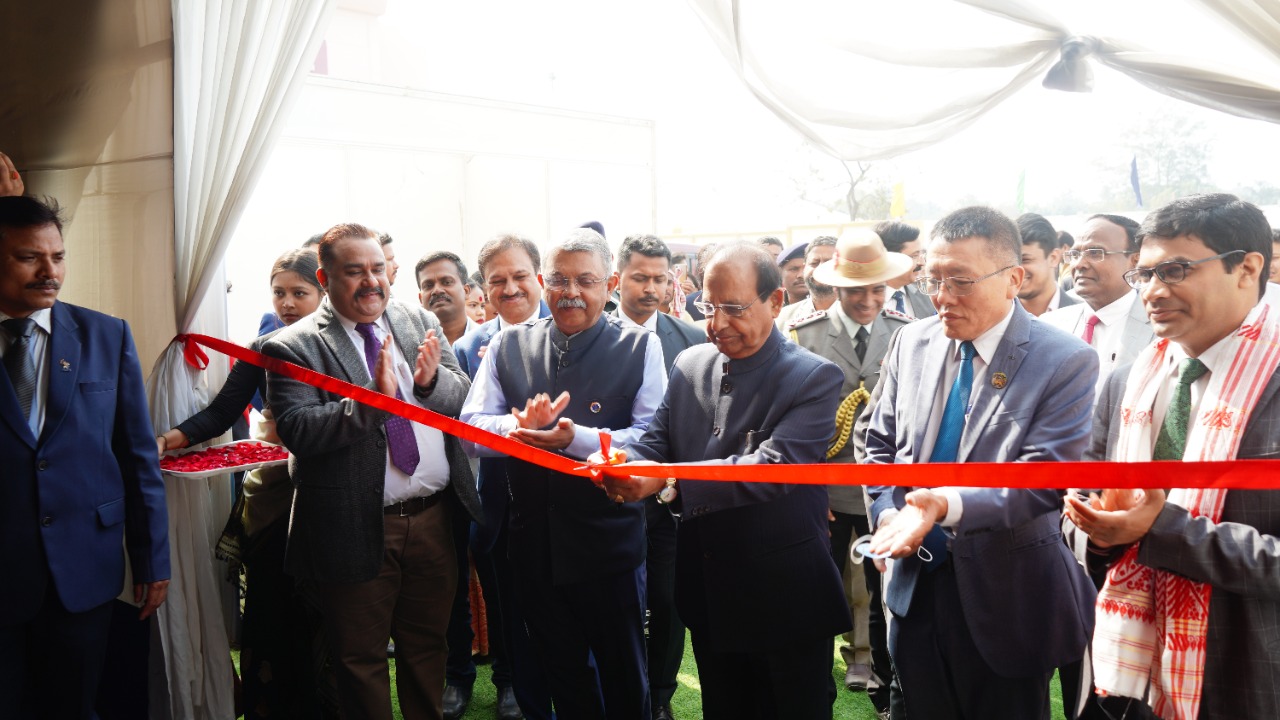 The event was inaugurated by Prof. Jagdish Mukhi, Hon’ble Governor of Assam & Nagaland. In his inaugural address, the Governor spoke about the potential of North East region particularly Assam. He said, “Our state Assam’s biggest contribution to the world is tea. It produces some of the best and expensive teas in the world. Apart from this, tourism has come up as an economic sector as North East is providing exotic tourist experience. The North East region has a huge potential for exporting food products as we are producing a lot of organic food. We only require the right kind of boost for it to develop,” he said.
He also emphasised on how the Prime Minister’s Act East Policy has brought about a paradigm shift in the region which has brought about a fast growth.
Dr. Lakshmanan S. Secretary, Industry and Commerce, Govt. of Assam in his address said that there are increased trade and commerce opportunities and deliberated on the trade and business potential in Assam.

Col. Saurabh Sanyal, CEO & Secretary General, PHDCCI in his welcome address said that the objective of the event is to Work towards interventions for building partnership and networking platform for different stake-holders; Harness the potential of the region, business opportunities available and the scope for investment and growth; Undertake interventions for creating better awareness and offer networking platform to the industries and investors; and Provide opportunities for local youth, women, NGOs and development agencies to interact with the national level institutions, industries, experts and officials.
The Guest of Honour, Mr. Rahul Amin, Assistant High Commissioner & Head of Mission, Bangladesh Assistant High Commissioner, Guwahati in his address said, “North East has great potential with immense resources like horticulture, agriculture, minerals, etc. Bangladesh and North East can be called as natural partners as we share common borders with four Northeastern states- Meghalaya, Assam, Mizoram and Tripura. We hope we can achieve a lot together. Apart from this, we also have historical ties with North East the most noted event being the Liberation Movement where over 10 million Bangladeshis got refuge in North East.”
H.E. Shri Jigme Thinlye Namgyal Consul General, Royal Bhutanese Consulate General, Guwahati who also was the Guest of Honor at the event spoke about the trade relations between the two countries. He informed that Guwahati, which is the gateway to North East is also a medical hub for people from Bhutan as the distance of the country is very close to Assam.

Dr. Jatinder Singh, Asst. Secretary General, PHDCCI gave out the Vote of Thanks to all the partners, exhibitors, participants for making the event a successful one.
The event is being supported by organisations viz. Ministry of Food Processing Industries (MoFPI); Department of Posts; Ministry of Health and Family Welfare; Ministry of AYUSH; Bureau of Outreach & Communication; Indradhanush Gas Grid Ltd. (IGGL); Ministry of Jal Shakti represented by Central Water Commission (CWC) and North Eastern Regional Institute of Water and Land Management (NERIWALM); Ministry of Mines; Ministry of Textiles; Department of Science and Technology represented by North East Centre for Technology Application and Reach (NECTAR); Indian Institute of Geomagnetism and Survey of India; Ministry of DoNER represented by North East Cane and Bamboo Development Centre (NECBDC), Govt. of Assam represented by Assam Industrial Development Corporation Ltd. (AIDC) and Small Industries Development Bank of India (SIDBI). SFAC contributed by mobilizing farmers from all across North east for attending capacity building workshops and seminars.

The event is being held at Sri Madhabdev International Auditorium, Kalakshetra from 20th Jan-23rd Jan 2023 where several exhibitors have set up stalls to display their products. The three day Expo will have capacity building sessions for FPOs; Banker-Beneficiary Interface for Lending and Entrepreneurship; Atamnirbhar FPOs for Development of North Eastern Region; Technology Interventions for Livelihood Generation – Cane and Bamboo with Special Focus on NER.