Hindus will be a minority in Assam if Citizenship Bill is not passed, claims Himanta Biswa Sarma 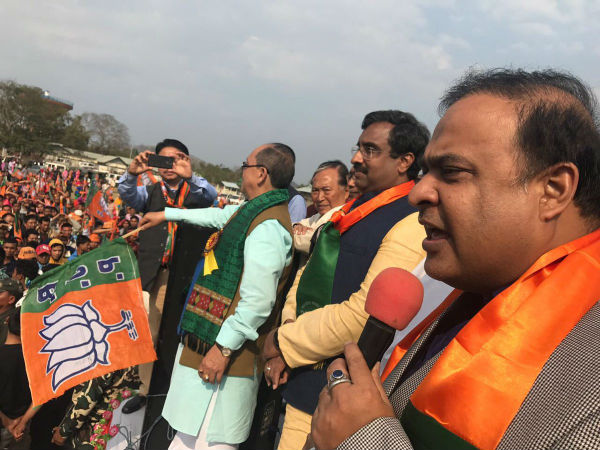 Assam Minister Himanta Biswa Sarma on Monday claimed that Hindus will become a minority in the state within five years if the Citizenship (Amendment) Bill is not passed, PTI reported.

“I strongly believe that if this Bill is not passed, then Hindus in Assam will become a minority in just the next five years,” he said. “That will be advantageous to those elements who want Assam to be another Kashmir and a part of the uncertain phase there.”

The Bill seeks to amend the Citizenship Act of 1955 in order to grant citizenship to Hindus, Buddhists, Sikhs, Jains, Parsis and Christians from Bangladesh, Afghanistan and Pakistan if they have lived in India for six years, even if they do not possess the necessary documents. Several indigenous organisations in Assam have opposed the Bill as they believe it would harm their cultural identity.

Protestors on Monday observed a “Black Day” in several parts of the state and burnt replicas of the draft legislation. They also burned effigies of Prime Minister Narendra Modi and Chief Minister Sarbananda Sonowal. Members of some Assam-based organisations protested in the nude in Tinsukia and also near the Parliament in Delhi.