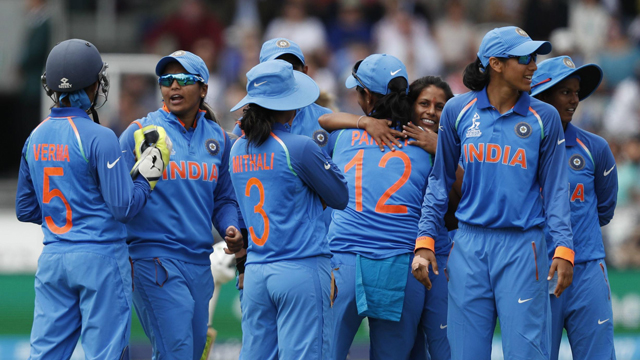 It was a complete performance by the Indian Women’s cricket team as they completed an emphatic victory. Mithali Raj played a responsible innings of 56 after adding an opening stand of 73 with Smriti Mandhana. The game was closed down by Indian skipper Harmanpreet Kaur and Veda Krishnamurthy as India have placed themselves at the top of the points table in group B.

Earlier, Bismah Maroof and Nida Dar scored fifties as Pakistan made 134/7 in 20 overs against India in the ICC Women’s World T20.  India won the toss and decided to field against Pakistan in the Group B encounter.