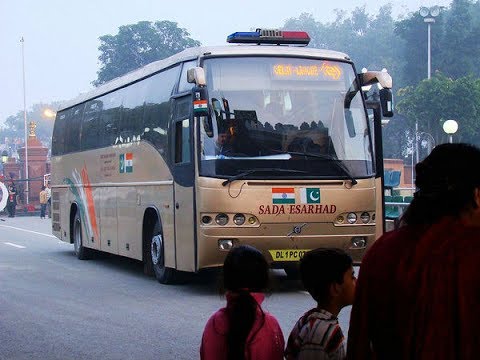 One of the bus services is between Srinagar and Muzaffarabad via Uri and the other is between Poonch and Rawlakot. Both the buses ply once a week on Mondays.

There was no clarity on whether the service would remain suspended next week and whether the cross-LOC trade would also be suspended.

Deputy Commissioner Poonch, Rahul Yadav also confirmed that the bus service was suspended. “There was apprehension of protests and law and order situation in the wake of the Pulwama incident,” he said.

The Srinagar-Muzaffarabad bus service was launched by the governments of India and Pakistan on April 7, 2005 to allow the relatives, living in the two parts of Kashmir and divided by the line of control (LoC) for decades, to visit each other.

Following the success of bus service, trade between two parts of Kashmir also started on October 21, 2008. Since then traders from both sides have been engaged in barter owing to lack of banking facilities and mode of currency. The border trade on barter system takes place four days a week from Tuesday to Friday at Chakan-da-Bagh in Poonch district and Salamabad in Uri district.

“We have not yet received any communication about whether trade would go ahead on Tuesday,” SDM Baseer-ul-Haq said.

The weekly bus service and trade via Chakan-da-Bagh in Poonch district and Rawalakot in Pok was the brainchild of the then chief minister Mufti Mohammed Sayeed. The Poonch bus service began on June 20, 2006 and was seen as a major confidence-building measure.

Indo-Pak ties have nosedived after a suicide bomber of the banned Jaish-e-Mohammad terror outfit rammed an explosive-laden vehicle into a bus in a CRPF convoy on Srinagar-Jammu highway at Lethpora, Pulwama killing at least 40 CRPF troopers on February 14.

The BJP-led National Democratic Alliance government at the Centre has already withdrawn the “most favoured nation” (MFN) status to Pakistan granted in 1996 and also removed the security of four separatist leaders after the attack in Pulwama.