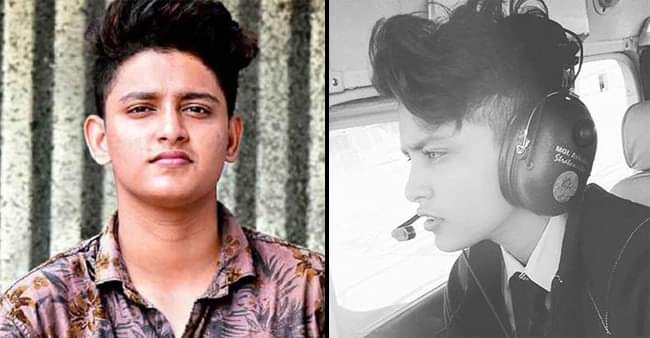 Adam Harry is India’s first trans trainee pilot. And he is held back from flying commercial planes because the DGCA denied him the license on the account of his gender – or more specifically, ‘gender dysphoria’

A lifetime of struggles
Adam Harry might have had a lot of questions while growing up about his gender, his identity and where he fits in the sexuality spectrum. You see, he was assigned female at birth but grew up identifying himself as a man. Even in today’s world, it is hard to be a transperson. The stigma is monumental and so is the discrimination even from one’s inner circle — family and friends, and of course society in general.

And despite all odds — his parents beating him up to suppress his gender, bullied by teachers and peers, societal discrimination and rejection from various academies for commercial pilot training because of his gender, despite holding a private pilot licence from Skylark Aviation Academy in Johannesburg in 2017 — Harry managed to beat the odds. He joined the Rajiv Gandhi Academy for Aviation Technology for the three-year course and training to get a commercial pilot licence in 2019, under the Kerala Government’s welfare fund for transgender people. He shot to fame becoming the country’s first transman trainee pilot.

Clipping the pilot’s wings
DGCA denied him a medical certificate declaring him “temporarily unfit” for flying as he was undergoing hormone therapy; reason – ‘gender dysphoria’. As per UK’s NHS, “Gender dysphoria is a term that describes a sense of unease that a person may have because of a mismatch between their biological sex and their gender identity. This sense of unease or dissatisfaction may be so intense it can lead to depression and anxiety and have a harmful impact on daily life.”

So as per the Civil Aviation body, Harry cannot be cleared to become a pilot till he is on hormone therapy. He was apparently told by the officials to first get his hormonal therapy completed and then apply again for the medical test.

Harry plans to file a writ petition in HC against DGCA for denying his medical certificate.