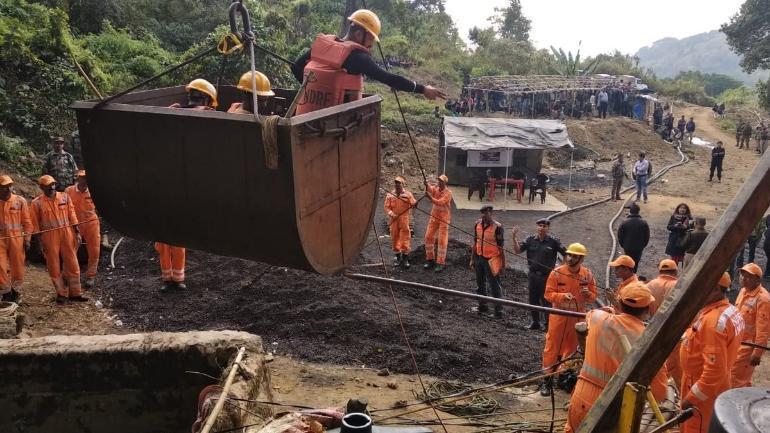 The families of the trapped miners inside a flooded coal pit for 21 days now in Meghalaya on Wednesday said they are giving up on them being alive even as rescuers struggle to dewater the pit.

“We have lost all hope to see him alive again. I just wish they retrieve the bodies of my sons so that we can solemnly perform their last rites and pray for them,” said Krishna Limbu, the brother-in-law Assh Bahadur Limbu, who is among those trapped in the mine.

Assh, 21, a native of Assam’s Karbi Anglong district, is one of at least 15 miners trapped inside the flooded illegal coalmine at Ksan village in East Jaintia Hills district since December 13.

“It is only God’s wish, if he still wishes them to be alive. It is 21 days now and the water level in the pit is not receding despite Odisha fire services personnel pumping out the water since yesterday (Monday),” he told IANS.

“Like the other family members of those trapped miners, I too have lost all hope,” says Krishna, sobbing.