Kiara Advani to announce her wedding with Sidharth Malhotra on December 2? Fans speculate 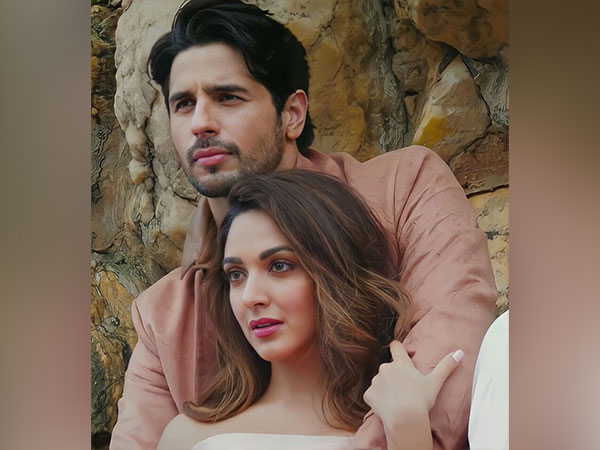 Marriage rumours of actors Kiara Advani and Sidharth Malhotra have been circulating on social media since the couple was spotted together on various occasions, although the couple has still not officially confirmed their relationship.

On Sunday, Kiara took to her Instagram and shared a reel video after which fans started speculating that the ‘Kabir Singh’ actor might announce her wedding with actor Sidharth Malhotra on December 2, 2022.
In the video, Kiara blushed and flaunted her cute smile.
“Can’t keep it a secret for long! Coming soon… stay tuned… 2nd December,” she captioned the post.

Soon after the post was out, fans flooded the comment section with red heart emoticons.
“Shadi hone vali hai goiizz yehi announcement karna h,” a fan commented.
Another fan wrote, “Getting married or what?.”
Previously this year, when Kiara arrived at Karan Johar’s chat show ‘Koffee with Karan’ along with Shahid Kapoor, she talked about her relationship with Sidharth and said, “I am not denying or accepting. We are definitely close friends, more than close friends.”

After she talked about her relationship, Shahid quickly added, “Be ready for a big announcement sometime at the end of this year and it’s not a movie.”
Shahid’s comment took the Internet by storm and left Sidharth and Kiara’s fans in awe.
Talking about the work front, Kiara will be next seen in Karan Johar’s next comedy film ‘Govinda Naam Mera’ alongside Vicky Kaushal and Bhumi Pednekar.
Helmed by Shashank Khaitan, the film is all set to stream exclusively on Disney+ Hotstar from December 16, 2022.

Apart from that she also has ‘Satyaprem Ki Katha’ opposite Kartik Aaryan in her kitty.
Sidharth, on the other hand, will be next seen in a spy thriller film ‘Mission Majnu’, an action thriller ‘Yodha’ and director Rohit Shetty’s upcoming web series ‘Indian Police Force’. (ANI)