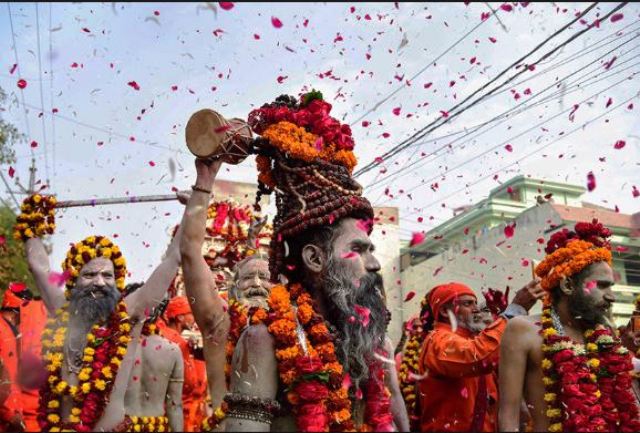 The 49-day Kumbh Mela will end with the sixth and last auspicious bathing day on Mahashivratri in Prayagraj on Monday.

Around 60 lakh devotees are expected to take a dip in the holy waters of the Sangam on the last day of the mega religious fair. The Kumbh Mela began on January 15 with the first bathing day on Makar Sankranti.

Kumbh Mela officer Vijay Kiran Anand said over 22 crore devotees had taken a holy dip in the Sangam during the entire course of the Mela till Sunday.

Preparations had been completed for the last official bathing day, he added. Pilgrims would bathe at 40 ghats, he said, adding entry of all four-wheelers had been stopped from Saturday midnight to avoid congestion in the mela area.

The number of devotees started to swell from Saturday, he said.

DIG (Kumbh) KP Singh said vehicles arriving in mela area were being parked in the parking lots in sector 16 and 17, besides all pontoon bridges, except 14, 15 and 16, had been closed to manage the crowd. He said e-rickshaws would be provided for the elderly, depending on the crowd situation.

On March 2, (PMA succeeded in setting a world record for the largest number of workforce cleaning an area.

Chief minister Yogi Adityanath will formally announce the end of Kumbh Mela 2019 at a function to be organised at Ganga Pandal in the mela area on March 5. Cultural programmes will be held on the occasion.