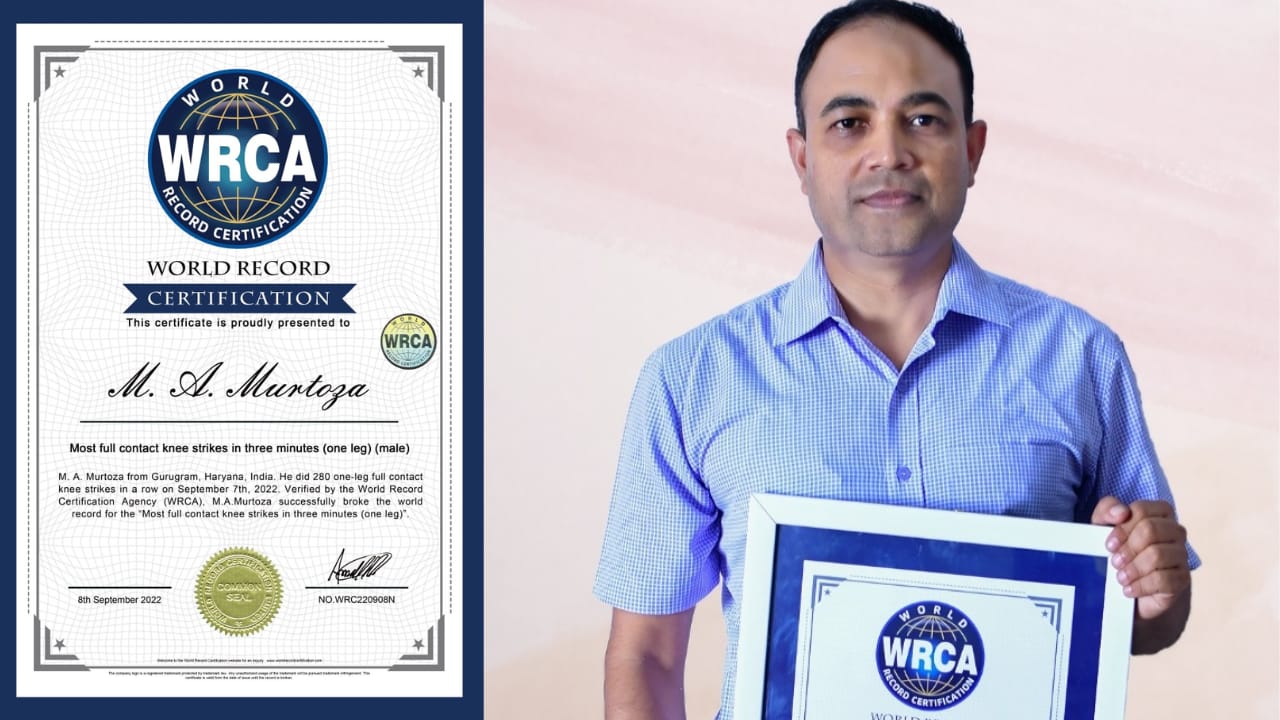 Gurugram man MA Murtoza has set a new world record with 280 nos full-contact knee strikes in a row in 3 minutes. Murtoza, working as a trainer in the fitness field, got recognition from World Record Certification, London. 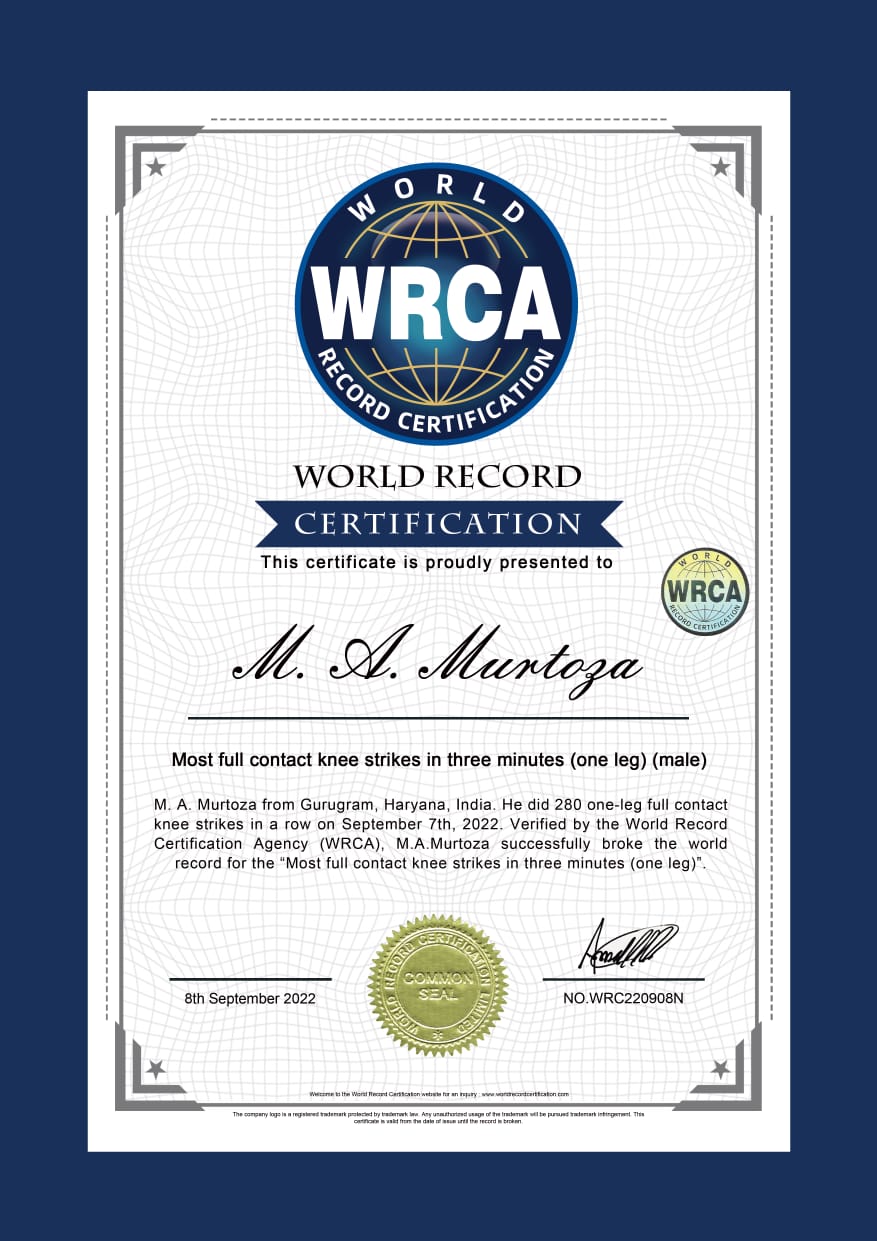 42-year-old M A Murtoza is also the Guinness world record holder and a fitness trainer on a mission to make society healthy and fit. M A Murtoza is an overarching name in the fitness training world today. He has achieved commendable achievements in a short span of time.

He has also been awarded the Indian Sports Award. Murtoza is also national level player of Taekwondo. In the year 2017, he was deprived of playing due to injury. The medicine was also not proving effective. During this time he got information about knee strike and started practicing in it. Murtoza says that regardless of the pain of his injury, he has worked hard for a year and has made his name in the Limca Book of World Records in the year 2019. He says that his journey has not stopped yet and he is preparing to break the next record. Now he has also made the record of most knee strikes in 3 minutes, for which he has also got the certificate of World Record of Certification. He told that he has been working on fitness for the last 10 years. He has also trained more than 200 children till now. He has also helped in getting the names of more than 40 children registered in the world records.