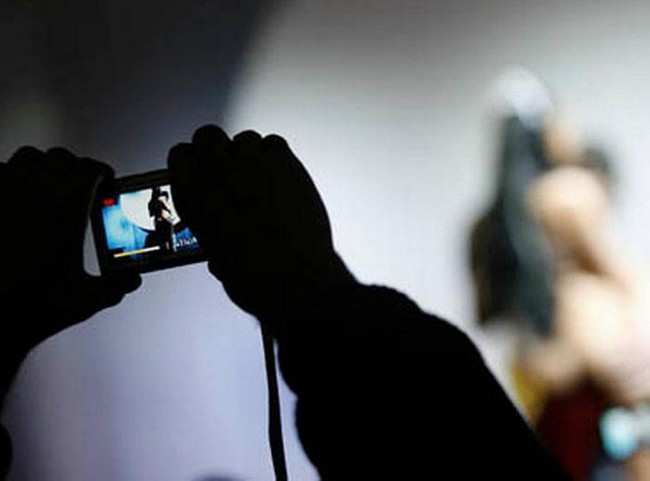 A man, along with his friend, was booked for allegedly raping his wife and filming the act, police said on Friday.

The woman filed a complaint with the police alleging that for the past six months her husband after consuming liquor raped her in front of his friend. The husband’s friend too sexually assaulted the victim, they said.

She also alleged that they often beat her when she resisted, police added.

On Wednesday, when she offered a strong resistance, the two men not only raped her but also made a video clip of the act and threatened her to share it on social media, the police said.

Police have registered a case against the woman’s husband and his friend under sections 323 (voluntarily causing hurt), 504 (intentional insult with intent to provoke breach of the peace), 506 (criminal intimidation), 354 (criminal force to any woman with the intention of disrobing), 376 (rape), 498A (husband or relative of husband of a woman subjecting her to cruelty) of the IPC and section 67 of the IT Act on the direction of the ADG Gorakhpur zone, they said.

A hunt has been launched to nab the accused, police said.

A woman has accused her husband and his friend of having a forced relationship with her without her consent for the last six months. She has also alleged that when she resisted, they not only beat her but also issued threats of ousting her from the house,” Superintendent of Police (city) Krishan Kumar said.

On June 6, the accused thrashed and raped her and also made a video clip of the act and threatened her to make it viral, he added.