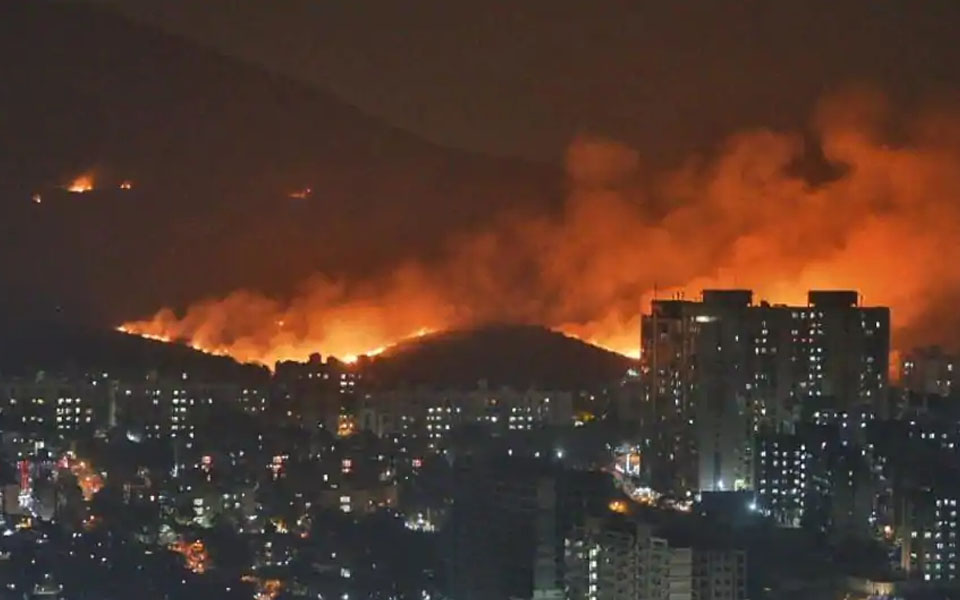 A massive fire broke out in the forest near Sanjay Gandhi National Park in Mumbai’s Goregaon suburb on Monday evening, officials said.

The blaze was seen on one of the forested hills in Habalpada, near the famed Film City and quickly spread over four kilometers. It could be seen from the distant Western Express Highway.

There have been no reports of casualties. Neither is the cause of the fire known. Teams of the Forest Department, Mumbai Fire Brigade and other agencies were battling the blaze amidst fears that it could take a toll on rich the ecology of the area. The Sanjay Gandhi National Park is an ecologically-rich area. It is home to leopards, peacocks, deers and a variety of insects and birds.