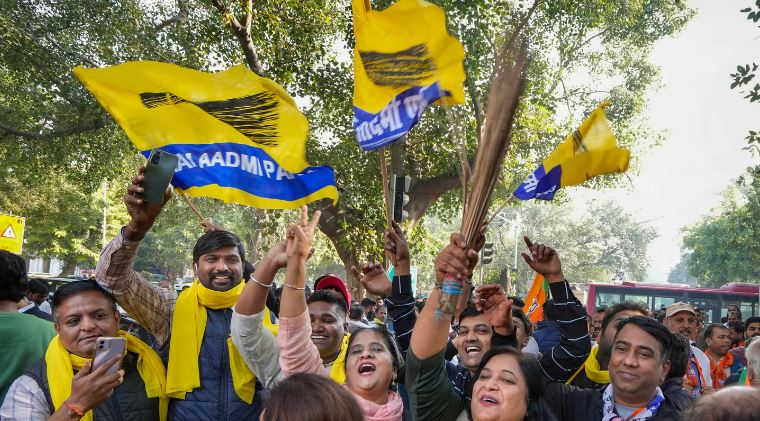 Aam Aadmi Party (AAP) saw a sweeping win at the MCD election result 2022 that was declared on Wednesday.  According to numbers available at 2 pm, AAP has won 130 seats, and Bharatiya Janata Party (BJP) got 97.

The MCD has 250 wards and the simple majority mark is 126. The MCD election 2022 was a tri-cornered fight between the AAP, the BJP and the Congress. The exit poll result for the MCD election 2022 was declared on Monday, 5 December and most exit polls predicted a landslide victory for the Arvind Kejriwal-led AAP, taking the throne away from the BJP.

According to the exit poll result, the Congress would fail to leave a mark even this time.