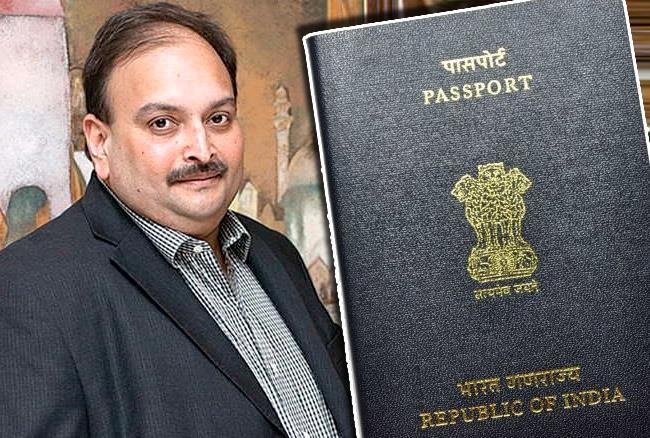 India will continue to pursue the extradition of fugitive businessman Mehul Choksi although he has surrendered his Indian passport after becoming a citizen of Antigua and Barbuda, officials with knowledge of the development said Monday.

The absconding diamantaire is one of the prime accused in the ~13,500-crore Punjab National Bank (PNB) fraud. He and his 47-year-old nephew Nirav Modi are charged with conniving with PNB officials to dupe the bank by issuing fake Letters of Undertakings (LoUs) — essentially credit guarantees — to their companies.

Choksi, 59, acquired his new citizenship last year and deposited his revoked Indian passport and a mandatory fee for renouncing Indian citizenship at the Indian high commission in Guyana, the officials said.

The Indian mission in Guyana is also accredited to Antigua and Barbuda. It was not immediately clear when Choksi surrendered the passport although TV news channels beamed images of Choksi and his lawyers during his appearance at the Indian mission. “It may be kept in mind that whenever an Indian citizen acquires foreign nationality, he is expected to surrender his Indian passport. India continues to pursue Choksi’s return with the government of Antigua through diplomatic and legal channels,” an official said, speaking on the condition of anonymity.

Choksi’s move appeared to be aimed at preventing his extradition to India but a legal expert in the government, who didn’t wish to be named, said such measures wouldn’t help him evade the law.

“Mere surrendering the passport is not tantamount to surrendering citizenship. The person cannot escape Indian law by merely surrendering his passport,” the legal expert said.

Speaking to reporters on the margins of an official event in Greater Noida, Union home minister Rajnath Singh said, “We have brought the Fugitive Economic Offenders Act and there is a process under that law (to tackle fraud cases). He (Choksi) will be brought to India for sure and no one will be spared. Action will be taken against everyone.”

India does not have an extradition treaty with Antigua, which granted citizenship to Choksi under its Citizenship by Investment Programme. Antigua’s foreign minister EP Chet Greene told his Indian counterpart Sushma Swaraj during a meeting last September that his government will cooperate with India on the extradition but refused to set a timeframe for resolving the matter.

Weeks before PNB first admitted to the scam last February, Choksi and Modi fled India. Interpol, an organisation that facilitates international police organisation, has issued a red corner notice for Choksi at the request of India’s Central Bureau of Investigation