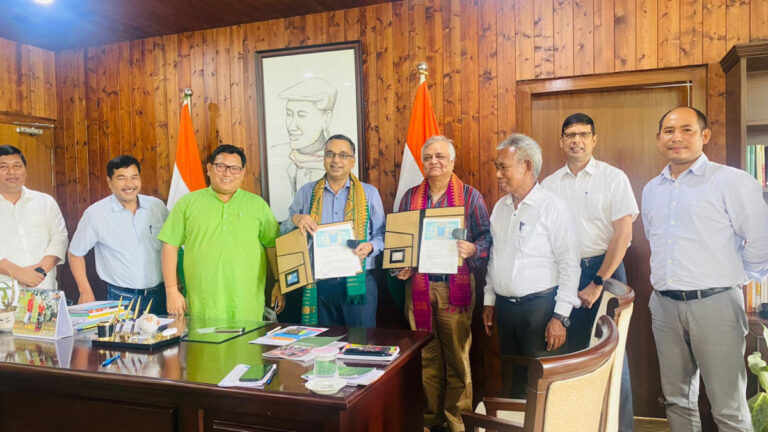 BRLF and BTC signed an agreement to implement a project on improving the socio-economic condition of some specific communities in Bodoland, the society under the Union Ministry of Rural Development said in a statement.

According to the MoU, the ‘Transforming the Lives of Bodoland Tribes’ project will cover 40,000 households belonging to the tribal and the Adivasi communities in two blocks of Baksa and another two blocks of Udalguri districts over four years.

The project aims at increasing the income levels through livelihood development initiatives like improvement in land and water conditions with a rise in agriculture and off-farm activities of the Scheduled Tribes (STs) and Adivasis of Bodoland.

It will also focus on enhancing the education levels of children through improved retention levels in schools and quality learning, better governance of local bodies, and enhanced capacities of community centres.

While the BRLF would contribute to the CSO facilitation support and capacity-building cost, physical work and input support to the targeted households would be carried out by leveraging financial resources from government flagship schemes like MGNREGA and other line departments working under BTC, he said.

“A Project Steering Committee (PSC) would be set up by the Government of BTC, chaired by the principal secretary BTC for the project. BRLF and CSOs would be represented on the PSC. For programmatic costs, the BTC government would commit financial resources,” the statement said.

BTC chief executive member Pramod Boro said the project is aimed at improving the lives and livelihoods of the tribal and other communities of Bodoland Territorial Region (BTR) by increasing their income levels.

The project will work to encourage communities to increase their income through agricultural productivity, creation of water resources, irrigation infrastructure, livestock productivity, and other off-farm activities such as the promotion of handlooms, he added.

The Assam Human Development Report (HDR) pointed out that Udalguri and Baksa districts had a very high Head Count Ratio (HCR) of multi-dimensionally poor and vulnerable and a higher Multi-Dimensional Poverty Index (MPI).