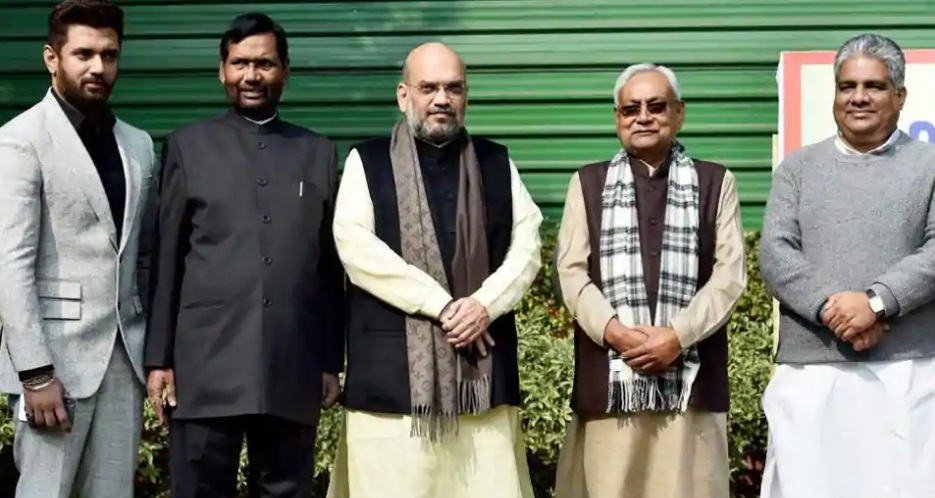 The Bharatiya Janata Party and the Nitish Kumar-led Janata Dal (United) will contest on 17 seats each out of the 40 Lok Sabha seats in Bihar. Ram Vilas Paswan’s Lok Janshakti Party will contest on 6 seats in the state.

This was announced at a press conference on Sunday at BJP chief Amit Shah’s residence in New Delhi. The announcement comes two days after a meeting between Amit Shah and Ram Vilas Paswan and Chirag Paswan on the seat sharing deal ended on acceptable terms.

“The seat sharing deal has been reached after keeping in mind the ground realities, the political situation of each seat in the state and the NDA’s strength,” BJP chief Amit Shah said. #bjp #india