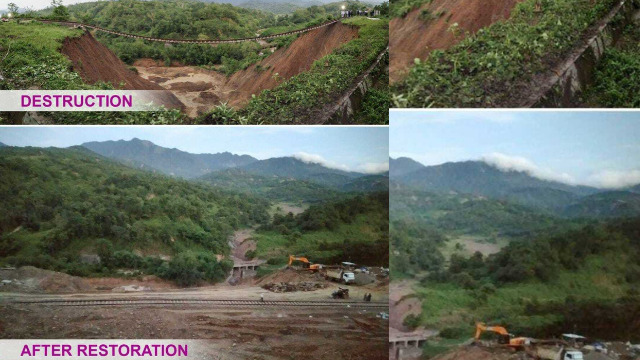 The overall situation in the Dima Hasao district has become normal to some extent after the heavy damage caused due to the landslide.

Despite rainfall acting as a barrier in the work process, NF Railway completed restoration of the hill section within the targeted time frame, an official statement said on Wednesday.

Full fledged rail connectivity will resume soon to and from the southern part of the Northeast starting with freight services. Railway has put all its efforts in restoring the damaged line and re-starting the train services.

The Railway Ministry had sanctioned Rs 180 crore for the restoration of snapped railway lines to flood-ravaged Dima Hasao district.