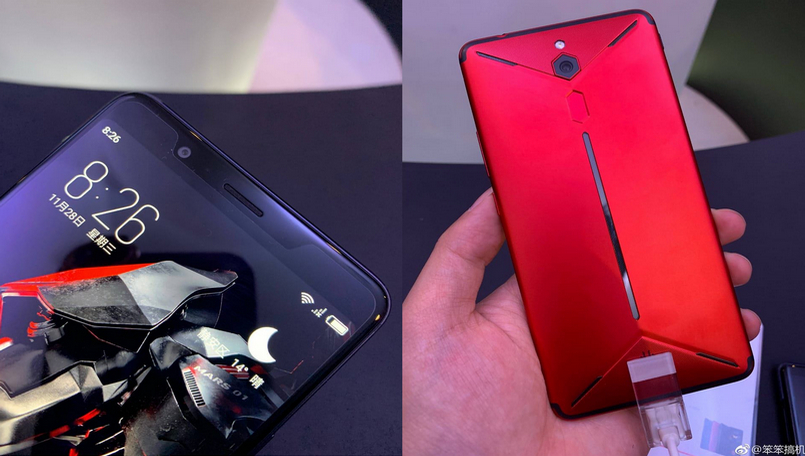 Ever since the Razer Phone came out last year, many Android OEMs have released their own gaming smartphones, complete with funky designs and maxed-out hardware specifications. Adding another entrant to this new segment, Nubia has launched the Red Devil Mars Edition in China. The handset succeeds Nubia’s original Red Magic gaming smartphone, which was introduced earlier this year.

The second-generation gaming smartphone from the former ZTE subsidiary is likely to go against the likes of Razer Phone 2 and Xiaomi Black Shark Helo. Powering the smartphone is Qualcomm’s Snapdragon 845 SoC, paired with an insane 10GB of RAM. This makes the Red Devil Mars Edition only the second smartphone (the first being the top-end variant of Xiaomi’s recently-launched Mi MIX 3) to come with that much amount of RAM. There’s also 256GB of on-board storage included in the mix.

Being a gaming smartphone, Nubia Red Magic Mars Edition comes with some unique features that are specifically targeted at gamers. One of them is the ‘4D shock feedback’, which provides vibration feedback that’s made possible by a linear motor. In addition, there’s also DTS 7.1 surround sound for an enhanced audio experience, and liquid cooling.

However, the highlight feature of the Nubia’s new gaming smartphone is a pair of dedicated hardware buttons placed on the side of the frame. Combined with on-screen controls used by most mobile games, these allow four-finger control, somewhat mimicking the experience provided by dedicated game controllers.
The smartphone’s design has all the elements you’d expect from a mobile gaming device, including everything from a hexagonal rear-camera lens to a vertical strip with customizable RGB lighting running across the middle of the device’s back panel.

There’s no word as to when Nubia Red Devil Mars Edition will be launched in other regions across the globe. However, the original Nubia Red Magic is reportedly coming to India next month.