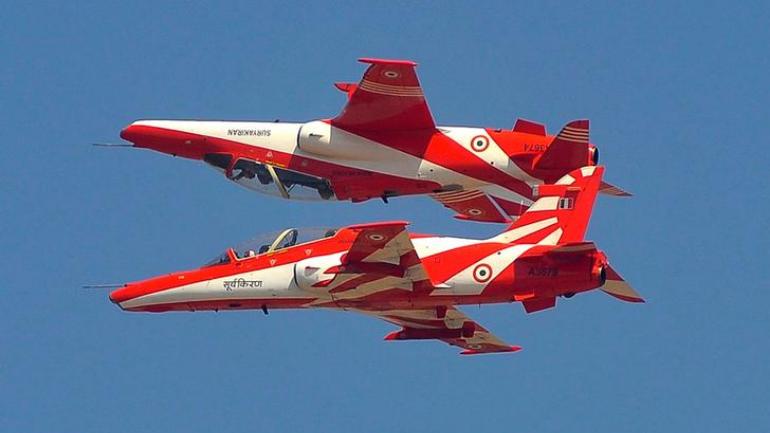 Two jets of the Indian Air Force’s Aerobatic Team crashed after a mid-air collision over the Yelahanka airbase in north Bengaluru. One of the three pilots have died. The two others, who ejected safely, have been injured and taken to the Command Hospital.
The accident took place at around 11:50 am during a rehearsal session ahead the Aero India show that opens in the city tomorrow. “There were three pilots, one has died. Two are safe with injuries,” MN Reddi, Director General of Police, Fire Services, told news agency PTI. The air force has ordered an investigation.

A video showed the two Hawk jets spinning out of control shortly after a reported mid-air collision following which two pilots were seen ejecting. It’s unclear if the third pilot was able to eject or whether his parachute opened successfully.

“Oh my god, oh my god,” a man can be heard saying as the jets crashed into a bushy area in Yelahanka’s ISRO Layout, a residential area. The area near the burning jets has been cordoned off by the police.