Sara Ali Khan calls Deepika Padukone ‘No 1 in every way’ 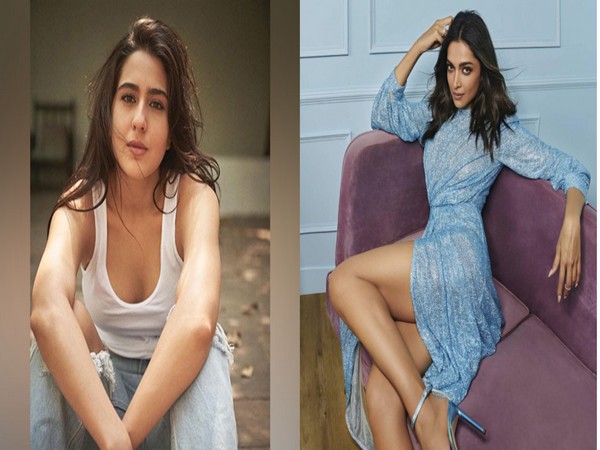 Actor Sara Ali Khan on Friday posted a picture with actor Deepika Padukone and called her number 1 in every way.
Taking to Instagram, Sara shared a picture on her story in which she could be seen hugging Deepika behind her back.
“You’re just #1 in every way,” she captioned the post. 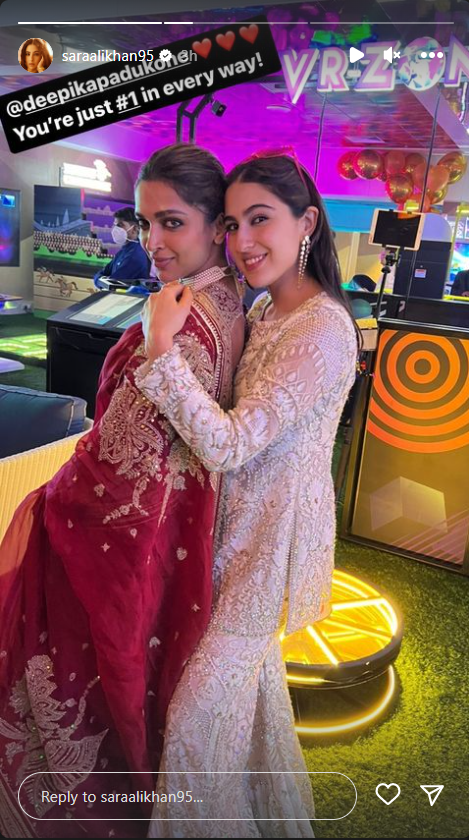 In the picture, the ‘Atrangi Re’ actor could be seen donning an off-white gharara, whereas the ‘Bajirao Mastani’ actor donned a beautiful red saree.
Sara and Deepika were spotted attending Mukesh Ambani’s son Anant Ambani and Radhika Merchant’s engagement bash at Antilia on Thursday night.
Soon after the ‘Kedarnath’ actor dropped the picture it went viral on social media.

Talking about the work front, Deepika will be next seen in director Siddharth Anand’s upcoming action thriller film ‘Pathaan’ opposite actor Shah Rukh Khan and John Abraham.
The film is all set to hit the theatres on January 25, 2023.
She will also be seen in a pan India film ‘Project K’ opposite south actor Prabhas and in ‘The Intern’ opposite actor Amitabh Bachchan.
Sara, on the other hand, she will be next seen in director Laxman Utekar’s next untitled romantic drama film alongside actor Vicky Kaushal.
She also has ‘Gaslight’ with Vikrant Massey and Chitrangada Singh, and Karan Johar’s next ‘Ae Watan Mere Watan’ in which she will play a brave freedom fighter in a fictional tale set against the backdrop of the Quit India Movement in 1942.
An upcoming thriller drama is inspired by true events and has been written by Darab Farooqui and Kannan Iyer. Produced by Karan Johar, the film will premiere exclusively on the OTT platform Amazon Prime Video.
Apart from that, she will also be seen in director Anurag Basu’s next film, an anthology, ‘Metro…In Dino’ alongside Aditya Roy Kapur, Pankaj Tripathi, Anupam Kher, Neena Gupta, Konkana Sen Sharma, Fatima Sana Shaikh and Ali Fazal. (ANI)