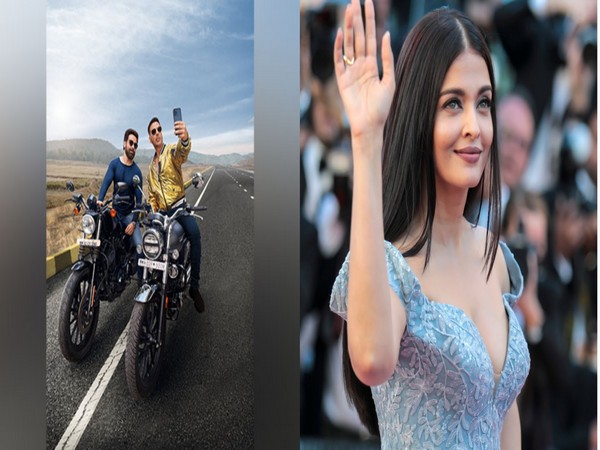 Actor Akshay Kumar on Friday dropped a hilarious selfie with actors Emraan Hashmi and Aishwarya Rai Bachchan but there’s an interesting twist to it.
Taking to Instagram, Akshay shared a post which he captioned, “When I and @therealemraan tried to match kaale kaale naina with kaale kaale clothes.”
https://www.instagram.com/p/CnoUPsLJmbp/?next=%2F
In the picture, the ‘Ram Setu’ actor could be seen posing with Emraan in front of Aishwarya Rai’s poster of the super hit song ‘Kajra Re’.
Soon after the ‘Tashan’ actor shared the post, fans flooded the comment section with red hearts and laughing emoticons.

Akshay and Emraan will be seen collaborating for the first time in the upcoming masala entertainer film ‘Selfiee’, which is all set to hit the theatres on February 24, 2023.
On Friday, Akshay announced that the trailer of his much-awaited film ‘Selfiee’ alongside the ‘Jannat’ actor will be out on January 22.
The ‘Garam Masala’ actor also shared a new poster of the film which he captioned, “Dono ka dil ek hi superstar ke liye dhadakta hai. Gear up for a unique story of a superstar and his superfan! #SelfieeTrailer coming out on 22nd January! #Selfiee releasing on 24th February only in cinemas.”