Sec 144A CrPC imposed in three districts of Nagaland 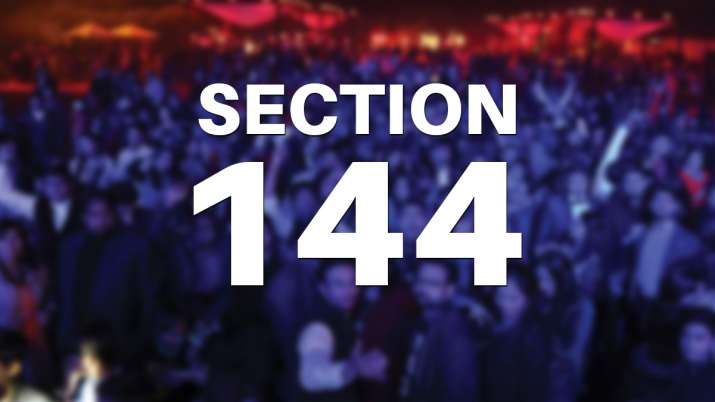 Section 144A of the CrPC has been imposed in three districts of Nagaland.

The Commissioner of Police and District Magistrate Kevithuto Sophie, through the powers conferred under Sections 144A of the CrPC, has prohibited any person from carrying arms in their possession within the districts of Dimapur, Chumoukedima and Niuland with immediate effect.

This move comes post the announcement of dates for the assembly elections in the state. The Dimapur Police also passed a prohibitory order to ensure that no untoward incidents occur during the conduct of the elections.

In another order, the district magistrate also directed all Arms Licence holders under Dimapur, Chumoukedima and Niuland Districts to deposit their licensed Arms to the nearest Police Station without fail on or before February 10.

Voting for the Nagaland Assembly Election 2023 will be held on February 27, 2023 and results will be declared on March 2, the Election Commission of India announced on Wednesday. Beside Nagaland, poll schedules of Tripura and Meghalaya were also announced.
Nagaland and Meghalaya will head to polls together on the same day.
The 60-seat Nagaland Legislative Assembly represents key regions of the state such as the capital Kohima, Dimapur and Phek. The current assembly’s tenure is scheduled to end on March 12.

Earllier, Nagaland chief electoral officer V Shashank Shekhar said that the state is fully prepared for a free, fair and violence-free election. The state has sought 305 companies of Central Armed Police Force (CAPF) of which 75 advance companies have already arrived. The rest will be coming in batches.

“We are fully prepared and confident as my team, including the state officers, district election officers and the police have been working on the election preparedness and have been reviewing the situation for the last several weeks,” Shekhar said.