Shame: Bihar girl assaulted for eloping with her boyfriend from different caste 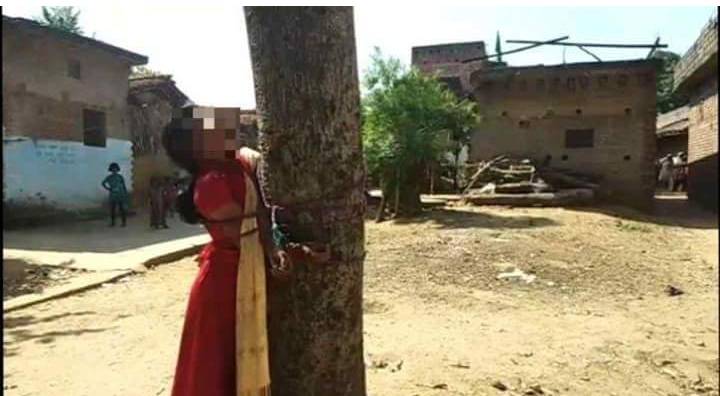 Law and order seem to have no meaning for some people in the country as in a shamful incident a teenage girl from Bihar had to go through severe mob assault because of eloping with her boy friend from a different caste in the name of Panchayat’s diktat.

According to sources, upon Panchayat orders and with the support from her family members the girl was knotted to a tree and throbbed by a group of villagers for running away with her boyfriend and living with him.

“She has been tied because she is a criminal. She wants to go with a man from another caste,” her father said.

Meanwhile, such frequent nerve wrecking incidents, demeaning honour and dignity of women have put a big question mark regarding safely and security of women in the country at present.