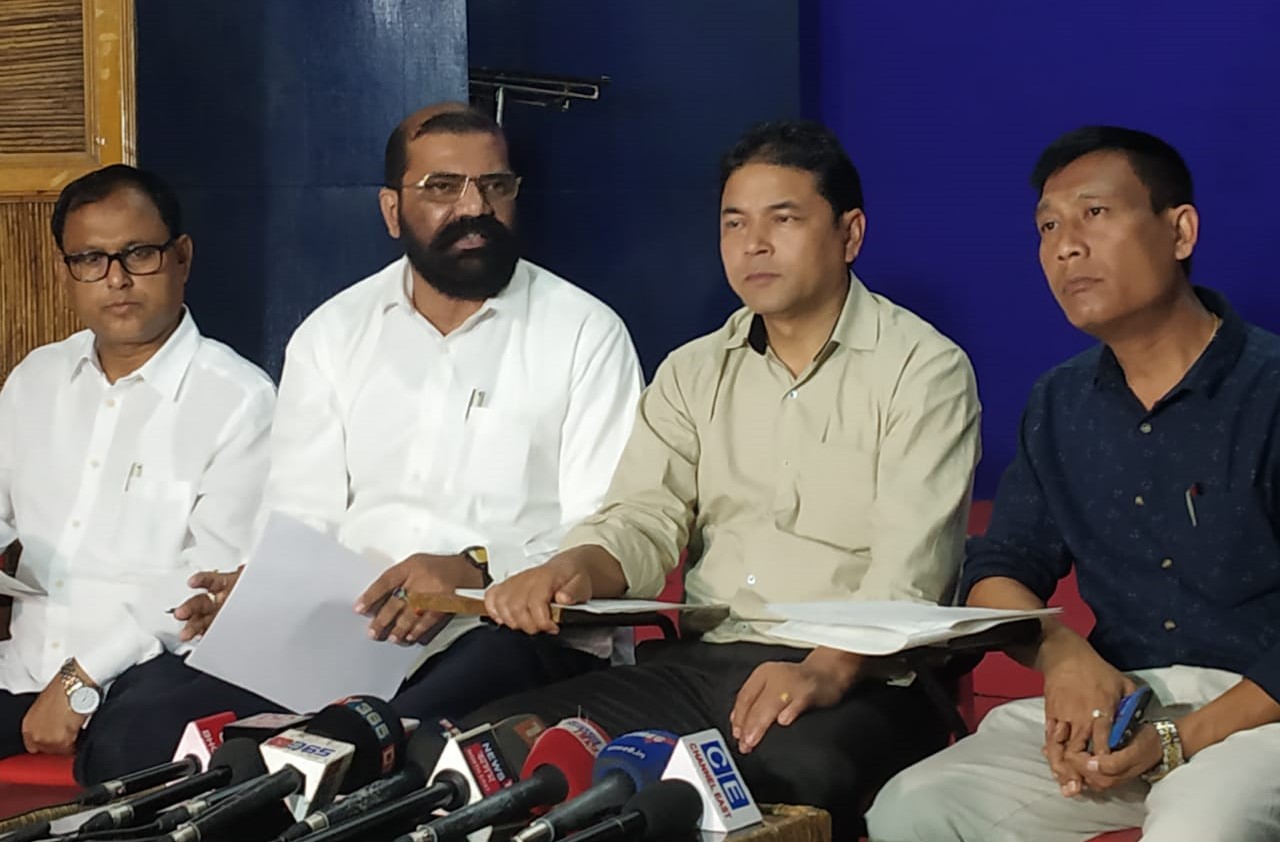 Addressing the media, representatives of the AASU, its 30 allied organisations and the NESO said that a concerted and united struggle of the indigenous people of the Northeast has stopped the Citizenship (Amendment) Bill, 2016 from being tabled in Rajya Sabha.
The student bodies added that the threat was still looming large in the form of Foreigners Amendment Order 2015 and Passport (Entry into India) Notification, 2015, and a region-wide movement would continue till the rules and notification are quashed.

“We are happy and would like to thank Meghalaya Chief Minister Conrad Sangma for taking a bold stand against the Bill; Mizoram Chief Minister Zoramthanga also opposed it from the moment he came to power; and chief ministers of Manipur, Nagaland and even Arunachal Pradesh came out in support of our movement. On the other hand, our Chief Minister Sarbananda Sonowal extremely disappointed the people of Assam,” AASU chief adviser Samujjal Bhattacharya said.

The student leaders also warned that the people of the Northeast would give a befitting reply to the BJP-led Union government for violating the Assam Accord, undermining the NRC and hurting the sentiments of the indigenous population.

NESO secretary general Sinam Prakash added that though it was a moral victory for people of the Northeast, it once again underscored the need for permanent safeguard to the indigenous population of the region.

“Inner Line Permit (ILP) for the entire region is now necessary more than before. Also, NRC update work should be taken up in the entire Northeast. Constitutional safeguard is of prime importance to us. If the government does not provide it willingly, we would launch another agitation,” he added.

AASU president Dipanka Kumar Nath said that a section of politicians was trying to polarise the people of Assam on the basis of religion. “Such religion-based discrimination is neither democratic nor in congruence with the Assamese culture and ethos,” he mentioned.

All the organisations thanked Bihar Chief Minister Nitish Kumar and his party Janata Dal (United), Shiv Sena, Biju Janata Dal, Shiromani Akali Dal and other parties that extended their support to the movement.

“JD(U) was the first party within the NDA to oppose the Bill, that too through a resolution taken in their national executive meeting. Chandrababu Naidu, Uddhab Thackeray, Naresh Gujral and a number of other leaders extended their support to us. Artistes and media of Assam backed the movement thoroughly. We also met Congress leader Rahul Gandhi to ensure his party’s vote against the Bill,” AASU general secretary Lurin Jyoti Gogoi said.

The AASU also stressed that the movement was against illegal Bangladeshi migrants and not against only Hindu or Muslim migrants.