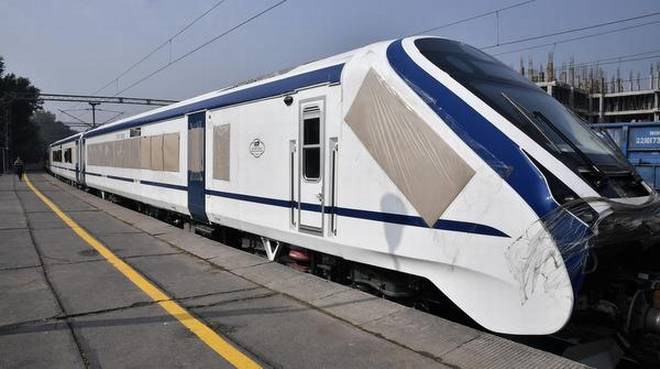 India’s first locomotive-less train or Train 18 on Sunday crossed the 180 kmph speed limit during a test run, a top official said in Chennai. In the process, theRs. 100 crore indigenously designed train has become the country’s fastest,

“Train 18 breached the 180 kmph speed limit in the Kota-Sawai Madhopur section. The major trials are now over with just some more remaining. Based on the reports fine tuning would be done if needed. As of now no major technical problem has cropped up,” S. Mani, General Manager of Integral Coach Factory (ICF) that has manufactured the train, told news agency IANS.

“We expect Train 18 to commence its commercial run from January 2019. Normally the trials take three months. But now it is happening faster than expected,” Mr Mani added.