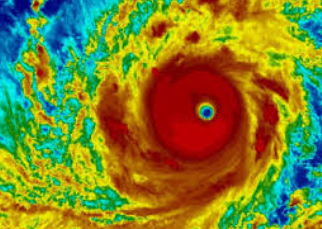 With wind of more than 200 KPH at its peak and rising water level upto 3.5 meters in some areas Meghkhot has been acknowledged as the strangest typhoon to hit the country this year.

According to sources, around 2.45 million people have been displaced and suspension of more than 29000 construction sites in the region has been reported so far due to this cylone.