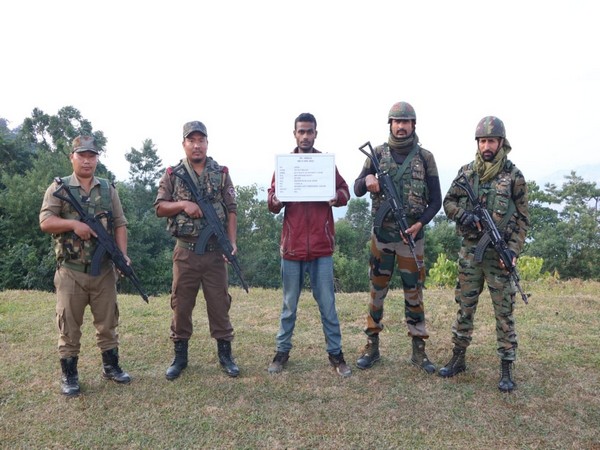 One active cadre of United Liberation Front of Asom-Independant (ULFA-I) was apprehended by Khonsa Battalion of Assam Rifles under the aegis of Spear Corps along with state police from Noglo Village in Arunachal’s Tirap district on Wednesday, officials said.
According to PRO(D) Tezpur, after the initial probe, the apprehended cadre will be handed over to Khonsa Police for further investigation.
“Based on a specific input regarding the likely movement of a cadre of ULFA (I) from areas across Indo Myanmar Border towards Noglo village, a Joint operation along with Tirap Police was launched. The column laid ambush on suspected routes of Infiltration,” PRO said

PRO further said that on 21 December, around 06:15 am, a suspected individual was seen moving from IMB towards Noglo village.
“The individual was challenged by the column, on which he tried to flee into the nearby Jungle. However, the individual was apprehended,” he added.
PRO added that during initial interrogation, it was revealed that he is an active cadre of ULFA (I), adding, he had moved from the Hachi camp and infiltrated from BP162.
“The arrest is a significant setback to illegal activities of ULFA (I) in the region,” PRO said.
More details awaited (ANI)